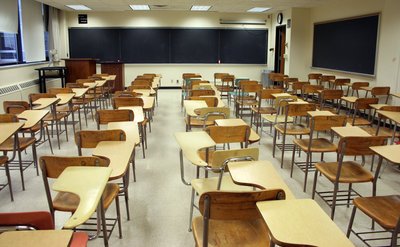 “There is no better federal investment than one that helps educate students in a safe and learning-friendly environment,” said Schumer. “Many of the public schools in Rockaway were hit hard by Superstorm Sandy and these funds will help reimburse the cost of repairs to these schools.”

“Too many hardworking families in the Rockaways have lost so much as a result of Sandy and I commend Senator Schumer for staying on the forefronts of Sandy relief and recovery,” said Assemblyman Phillip Goldfeder. “It’s been nearly a year since the storm tore apart our schools and this funding will help rebuild our schools and ensure our children receive the quality education they deserve, while assisting their families to make a full recovery.”

The award provides $1,640,589 in federal funds in support of emergency protective measures at PS43Q The School by the Sea. During Superstorm Sandy, PS 43 sustained damage from storm surge and hurricane force winds. The storm surge pushed water up to 48 inches on the exterior of the building. The boiler room had 46 inches of floodwater and the basement and first floor were flooded up to 6 inches. Between November 20, 2013 and March 22, 2013, work was performed that included a temporary boiler, temporary fuel oil tanks, pumps, insulated piping, motors and other systems associated with the boiler system. A temporary electric water heater was also installed and the walls and floors of the boiler room were washed down. Additionally, mold was removed from the mailroom. Other work included installing a fence around the temporary boiler, generators and other temporary equipment, installing a fence through the playground for students’ safety and providing Hazmat visual inspection and playground sewage inspection.

The award also provides $1,360,067 in federal funds in support of emergency protective measures at Q816 Temple Beth Elementary School (PS256 Annex) on Beach 135th Street. During Superstorm Sandy, storm flood waters infiltrated the basement via the doors and basement window openings. The school’s basement was flooded with seven feet of contaminated salt water that stood until November 3, 2013, when the pumping out of the basement commenced. The sludge saturated boxes of school records and school supplies that were stored in the basement storage rooms and the boiler was submersed under seven feet of seawater, damaging the burner, control system and blower motors.

The award provides $2,277,005 in federal funds in support of emergency protective measures at Goldie Maple Academy/P.S. 198 Q at Beach 56th Street. As a result of Superstorm Sandy, the school was flooded by 6 feet 6 inches in the basement. The flood water entered the boiler room through entranceway doors, garage doors and through the foundation flood resulting in a temporary loss of power to the building. Work included providing security to protect the school and construction materials during the initial phases of the emergency and temporary repairs including installing temporary fencing around the school and oil tank as well as building safety inspections performed on the damaged site and in the boiler room to address hazardous materials including mold and asbestos stemmed from the flooding.