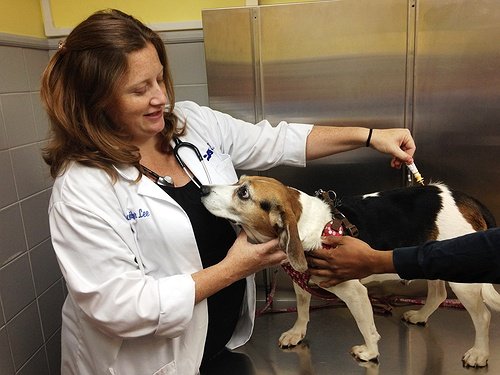 Farmingdale, NY/Salem, OR - August 31, 2015 - The Companion Animal Parasite Council (CAPC) has released its annual parasite forecasts. The predictions for 2015 show the threat of diseases transmitted by mosquitoes and ticks will continue to spread, becoming a year-round menace to both pets and pet owners.

Locally, in the past year, Nassau-Suffolk Animal Hospital reports 575 cases of Lyme disease and 178 cases of Heartworm in all of Nassau County. “Many species of ticks are active during the winter months and beyond, and Spring brings warmer temperatures, which is typically when mosquitoes become active. Furthermore, 27% of Heartworm-infected cats are exclusively indoor cats. So there’s no ‘off season’ when it comes to protecting our pets against parasites,” says Dr. Jennifer Lee- Salerno of Nassau-Suffolk Animal Hospital.  “We encourage our clients to schedule an appointment so we can put their pets on a parasite prevention plan as soon as possible. We want all Nassau-Suffolk four-legged family members protected.”

For 2015, CAPC predicts the following risk areas for parasite-related diseases:

Lyme disease, anaplasmosis and ehrlichiosis are transmitted by various species of ticks and can affect humans.  Heartworm disease is a potentially fatal disease that is transmitted by mosquitoes and affects primarily dogs and cats.

A common misperception is that parasites are only active during warm weather, but there are multiple species of ticks with longer periods of activity. CAPC President Susan Little, DVM, PhD. says “The areas where parasites are found are continuing to expand, so these forecasts really serve as a reminder to pet owners to take your pet to the veterinarian.”

Nassau-Suffolk Animal Hospital is located at 27 Conklin Street, Farmingdale, NY and can be reached by 516-694-5930 or online.

ABOUT VCA HOSPITALS
Nassau-Suffolk Animal Hospital is a full-service animal hospital serving the Farmingdale and surrounding communities since 1969. Over 30 years ago, they became one of the first AAHA-accredited hospitals in New York and a N.Y. State Veterinary Facility Accreditation veterinary hospital.

ABOUT CAPC
The Companion Animal Parasite Council is an independent not-for-profit foundation comprised of parasitologists, veterinarians, medical, public health and other professionals that provides information for the optimal control of internal and external parasites that threaten the health of pets and people. Formed in 2002, CAPC works to help veterinary professionals and pet owners develop the best practices in parasite management that protect pets from parasitic infections and reduce the risk of zoonotic parasite transmission.