Governor Cuomo announced a crackdown on underage drinking and fake identification documents at summer concerts and other underage hotspots, which will last through Labor Day weekend. 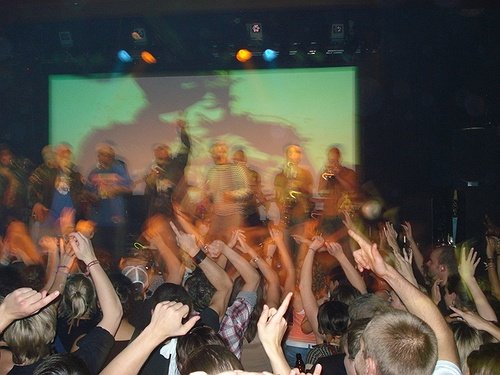 Photo by: digitill, via Free Images.

Albany, NY - August 31, 2015 - Governor Cuomo announced a crackdown on underage drinking and fake identification documents at summer concerts and other underage hotspots, which will last through Labor Day weekend. The enforcement will occur unannounced at various concert venues and places where young adults congregate across the state, and will be carried out by the Department of Motor Vehicles’ Division of Field Investigation in partnership with law enforcement agencies.

"Underage drinking and the bad decisions that follow can have devastating and life-altering consequences," Governor Cuomo said. "By targeting fake IDs and increasing enforcement at summer concerts, we will help avoid needless tragedy and will send the message that this reckless behavior just isn't worth it."

DMV will be checking the identity documents of people seeking to purchase alcohol at events statewide. Anyone in possession of a fraudulent ID will be arrested and their fake identity documents will be confiscated. Individuals who are arrested face administrative action that normally results in a suspension of their license for a minimum of 90 days.

The announcement of this crackdown follows Saturday’s Rascal Flatts show at Darien Lake Performing Arts Center, which resulted in the arrest of 20 concertgoers and the confiscation of seven IDs: one each from Maryland, Michigan, and Ohio; two from Pennsylvania; and two from within New York State. Similar DMV enforcement actions this summer include, but are not limited to:

Many individuals arrested for fraudulent driver licenses or identification documents purchase these documents over the internet from foreign companies. On August 26, to mark the beginning of the fall semester and send a message to students returning to colleges and universities across the state, Governor Cuomo issued a warning to college students that purchasing fake IDs is not only illegal, but also increases the chance of becoming victims of identity fraud and theft. The Governor’s entire announcement can be found here.

DMV Executive Deputy Commissioner Terri Egan said, “For more than a decade, DMV and its partners in federal, state, and local law enforcement agencies have worked to prevent underage drinking by taking appropriate action against those who possess and use fake IDs. I applaud our investigators and partners for their efforts, and for all they do to deter underage drinking.”

Enforcement actions are supported by the Governor’s Traffic Safety Committee to deter minors from abusing alcohol and driving while impaired. The legal drinking age in New York State is 21. The Governor's Traffic Safety Committee is also targeting drunk and impaired drivers with its 20-day Drive Sober or Get Pulled Over campaign, which runs until Labor Day. The enforcement and education period is aimed at significantly reducing deaths and injuries caused by motorists driving drunk or impaired by drugs.