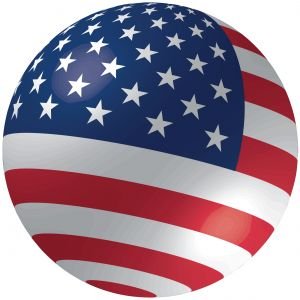 Albany, NY - March 20, 2014 - Governor Andrew Cuomo today announced a new state certificate for the more than 900,000 New Yorkers who served in the military during the Cold War. The New York State Cold War Certificate honors the service of New Yorkers who served in the Army, Navy, Marine Corps, Air Force or Coast Guard along with their reserve components, as well as the Army and Air National Guard during the 46-year standoff between the United States and North Atlantic Treaty Organization allies and the Soviet Union and its Communist allies.

“Those who grew up during the Cold War remember the fear and anxiety it inspired,” Governor Cuomo said. “The tens of thousands of New Yorkers who served during that time deserve our heartfelt gratitude. The United States Congress formally recognized these veterans in 1998, and it is time New York State does the same.”

The New York State Cold War Certificate is available to any New York resident who served in the military and was honorably discharged between the end of the Second World War on Sept. 2, 1945 and the dissolution of the Soviet Union on Dec. 26, 1991.

The certificate states, “In recognition of your service during the period of the Cold War, 2 September 1945 -26 December 1991, in protecting peace and stability for this Nation, the people of the state of New York are forever grateful.”

The certificate can be obtained from the New York State Division of Military and Naval Affairs, which is responsible for administering New York state military awards.

Background on the Cold War

The defeat of Nazi Germany and Japan in 1945 at the end of World War II resulted in a tense standoff between the Soviet Union, which occupied the countries of eastern Europe as well as northern China and Korea, and the United States, Great Britain, Canada, France and other western allied countries. Soviet refusal to allow democratic elections in the areas of Europe the Red Army had conquered and the revelation of a Soviet spy network in Canada in September 1945 made relations between former allies worse.

In 1948 tensions climaxed as the Soviet Union prevented the United States and the west from supplying its garrisons in the jointly occupied City of Berlin. American and allied aircraft succeeded in supplying both western forces and German civilians for the next 11 months until the Russian blockade ended, keeping west Berlin a free city.

Under the Truman Doctrine the United States provided aid to Greece and Turkey to prevent communist insurgencies from succeeding, while in 1949 the North Atlantic Treaty Organization (NATO) was created in 1949 to link the United States and Canada with Western Europe in a defensive pact aimed to stop the Russians from invading.

Cold War competition sparked the space race between Russia and the United States, and both sides jockeyed for influence in all corners of the globe.

Occasionally the standoff turned hot. In 1950 North Korea, supported by China and the Soviet Union, invaded South Korea, which was supported by the United States. The U.S. and other United Nations countries sent forces and the war turned hot until 1953. In 1956 Hungry tried to break out of the Soviet orbit and the Russians invaded and in 1968 the same thing happened in Czechoslovakia.

The United States went to war in Vietnam to stop a Communist takeover of the south, while the Soviets and the United States backed the Arabs and Israelis, respectively, in the 1973 Yom Kippur War.

When the Russians intervened in Afghanistan in 1979, the United States supported forces opposed to the Soviet Union.

In 1961 tensions flared again in Berlin, and American and Russian tank crews went gun barrel to gun barrel for 17 hours at a site named Checkpoint Charlie. The East German government eventually resolved the standoff—over the issue of East Germans fleeing to the west—by building a wall around West Berlin.

And in 1963 the world went to the brink of nuclear war when the Russians installed missiles armed with atomic warheads on the island of Cuba, with the United States launching a naval blockade to stop further Russian moves.

The  Cold War standoff wound down at the end of the 1980s as the Soviet Union under Mikhail Gorbachev—facing a western military build-up and internal economic problems—began loosening the restrictions on Soviet citizens and encouraged the Soviet dominated countries of eastern Europe to do the same.

In November 1989, East Germany lifted restrictions on travel to the west, and East Germans, freed of the fear of border guards firing on them, spontaneously began destroying the Berlin Wall. Opponents of the other eastern European Communist governments launched their own revolts and without the backing of Soviet military power, those governments collapsed.

In 1991 some Soviet military leaders, unhappy with the course of events since the fall of the Berlin Wall, staged a coup to overthrow Gorbachev. When the coup collapsed, the Soviet Union effectively collapsed with it and the country broke up into Russia and a host of successor states.