Man Attacked with Machete over Bicycle in New Cassel

A 50-year-old man was slashed with a machete in the attempted robbery of his bicycle on Saturday. Police now seek your help with finding the man responsible for the attack. 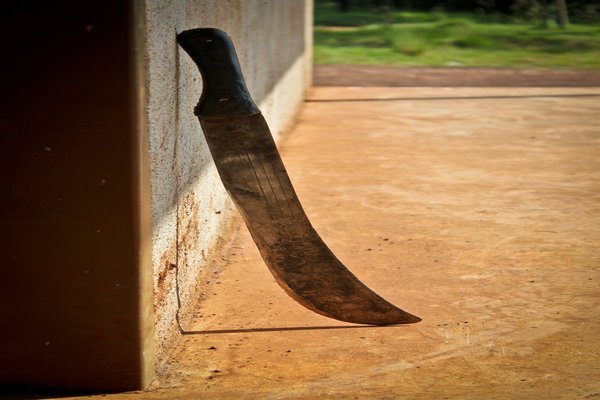 Nassau County Crime Stoppers are on the hunt for the man responsible for slashing the arm of a 50-year-old man with a machete and the attempted robbery of his bicycle in New Cassel at 2:05 a.m. on Saturday.

The victim’s bicycle was parked in front of 755 Old Country Road when the robber tried to steal it. The victim confronted the robber and was able to obtain his bike back, but the robber approached him again with a machete and proceeded to slash his arm after he rode the bike to Arlington Street and Oliver Avenue.

In the process of the struggle, the victim lost control of his bike and hit a parked car. In addition to a slashed arm, the victim also chipped his tooth.

The robber fled in a white van. Police have also described the robber as a male Hispanic, approximately 25 years old, 5’09” tall with brown hair and wearing a white tee shirt and beige shorts.

Nassau County Crime Stoppers is asking anyone with information regarding the crime to make contact at (800) 244-TIPS. Callers will remain anonymous.