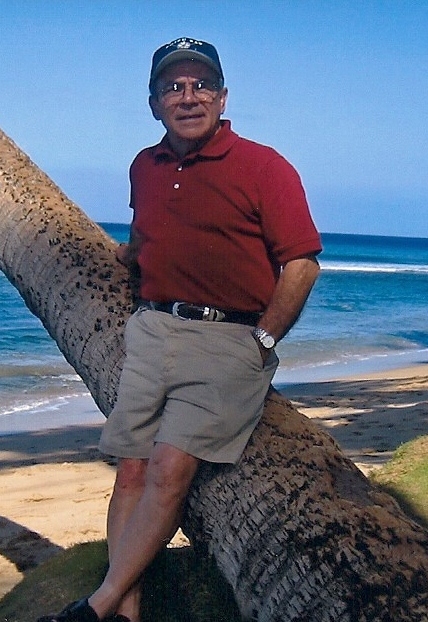 Christmas Day 2012, will have Richard Hamablet of Levittown, NY right back where he belongs – at home spending time with his loved ones, cooking dinner and watching his family open presents under the Christmas tree. Fifteen years ago after an unexpected and frightening diagnosis resulting from a routine screening, the former electrician wasn't sure he'd be around much longer to enjoy the simple pleasures of life, with his wife Jane of over 55 years and their children and grandchildren.

“When I found out I was diagnosed with prostate cancer, I was in a state of shock. I immediately thought about my family and how this would affect them, especially my wife.” said Richard. “She has had two strokes, is now 95% blind and even has some memory issues.”

At the time, Richard’s number one priority was to keep his wife safe, and had no idea what she would have done if anything happened to him, so he had to remain healthy for himself, but mostly for her. As a result, he took it upon himself to learn as much as possible about the disease and his chances for survival.

Through his never ending research efforts, Richard became more familiar with the disease and felt comfort in educating other men about prostate cancer, since many are unaware it remains the second leading cause of cancer in men in the U.S.

Shortly after his diagnosis, Richard's PSA levels fluctuated quite a bit over several years as he tried various treatment regimens and visited a number of doctors to help him. It wasn’t until he was referred to Jeffrey Vacirca, MD, FACP, Director of Clinical Research at Northshore Hematology Oncology Associates in Setauket/Patchogue, when he found out about PROVENGE®(sipuleucel-T), a breakthrough treatment option for certain men with advanced prostate cancer that uses immunotherapy to stimulate a patient’s own immune system to recognize the cancer cells in the body and attack them.

"In order to receive PROVENGE, a patient has to meet three criteria: The cancer has to have metastasized, the disease must be resistant to hormone treatment, and the patient must be asymptomatic or minimally symptomatic," said Dr. Vacirca. "After learning more about Richard's condition, I knew he would be a good candidate for the treatment."

When Richard learned he was eligible to receive the treatment, he was excited because this was another chance to help him fight this potentially deadly disease, and possibly extend his life. Richard received his first infusion of PROVENGE on May 8 and completed treatment on June 8.

“I was grateful that I was able to receive the treatment and take advantage of the opportunity that was presented to me,” said Richard. “It’s been somewhat of a struggle since my diagnosis, but I worked through it the best I could. I want other men to know that prostate cancer isn’t the end all be all and I’m here to set the example for others.”

The 78-year-old prostate cancer survivor continues to remain active between working part time as a starter at a local golf course, spending time at home taking care of the love of his life and even going on once in a lifetime vacations. This holiday season, Richard will not be thinking of himself as a man who has prostate cancer but rather of a man who has a lot to be thankful for.

“I’m lucky to have a great support system and to have people who I can count on. The future seems bright and I have my family and friends to thank for that.”

PROVENGE can cause serious reactions including those resulting from the infusion of the drug, which occur within 1 day of infusion, and strokes. Severe infusion reactions can include chills, fever, fatigue, weakness, breathing problems, dizziness, headache, high blood pressure, muscle ache, nausea, and vomiting.

The most common side effects reported with PROVENGE in clinical trials were chills, fatigue, fever, back pain, nausea, joint ache and headache. These are not all the possible side effects of PROVENGE treatment. For more information, please talk with your doctor.

For full prescribing information, visit www.provenge.com or call Dendreon on call at 1-877-336-3736.