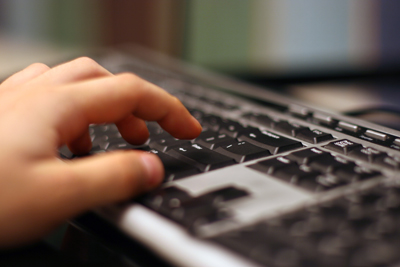 According Nassau County District Attorney Kathleen Rice, investigators observed Orenchuk making multiple images of child porn available for download over the internet.
Investigators were able to track the images back to Orenchuk’s home, where the suspect implicated himself during the execution of a search warrant by admitting that he had hundreds of images available on his personal computer.
Orenchuk’s collection contains images of children as young as five years old.
Orenchuk, a graduate of SUNY Oneonta with a major in political science who is currently employed as a page at the Garden City Public Library, also serves as an Assistant Scout Master with Boy Scout Troop #243 in Garden City.  He intends to testify in front of the grand jury, according to his legal aid.
“This defendant’s regular contact with children in a position of authority makes these charges that much more disturbing,” Rice said. “My office is committed to aggressively investigating and prosecuting those who traffic in this horrific material.”
Orenchuk is scheduled to appear again at the First District Court in Hempstead on Dec. 17.  If convicted, he faces up to seven years in federal prison.
Share your thoughts on this article by posting a comment below, or by visiting our Long Island Living discussion forum.