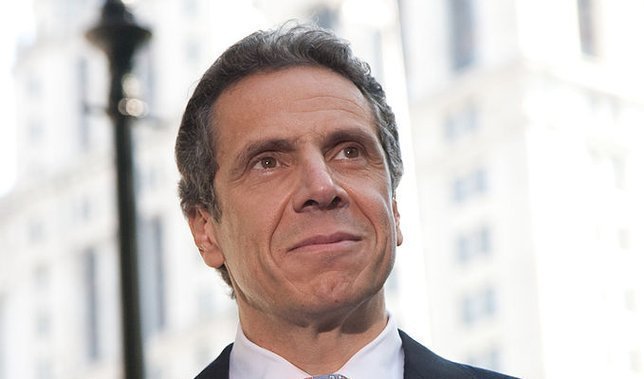 Albany, NY - August 25, 2017 - Governor Andrew M. Cuomo today announced that regional transit authorities from around the State are providing additional bus service to and from the Great New York State Fairgrounds. Capital District Transportation Authority, Regional Transit Service, and Niagara Frontier Transportation Authority will provide a total of 16 buses at designated state fair park and ride locations, including the brand new John Glenn/Farrell Road Park-N-Ride location, helping alleviate traffic congestion and move fairgoers to the grounds. The Park-N-Ride location will be open exclusively during the Fair, starting today through September 4.
"After record-breaking attendance in 2016, we made a promise to keep visitors moving at the Fair this year and this partnership with the transit authorities is delivering on that promise," Governor Cuomo said. "With 16 additional buses helping to transport more than 1,000 visitors an hour, getting to the Fair will be easier than ever while easing traffic on local roads. I encourage visitors from near and far to consider using public transportation to get to the Great New York State Fair this year."
The following transit authorities will provide buses as a result of this partnership with CENTRO the New York State Fair:
The John Glenn/Farrell Road Park-N-Ride system will be open from 8:30am to midnight for the run of the Fair. Shuttles will depart every 15 to 20 minutes. Early estimates suggest that this new added bus service will be able to help move more than 1,000 people per hour.
In addition to the new Park-N-Ride, CENTRO Express buses will regularly depart from State Fair Park-N-Ride locations across Onondaga, Cayuga, and Oswego Counties arriving at the Fair's Main Gate. Click here for locations and schedules. CENTRO Ride Passes and transfers will be accepted on all State Fair service buses. Fares and times will vary depending on location. For more information, please contact CENTRO's Call Center at (315) 442-3400.
State Fair Acting Director Troy Waffner said, "We are so thrilled to have secured this additional bus capacity to help with traffic flow. We're grateful to CENTRO and the regional transit authorities for pulling together and partnering with us to come up with an innovative way to address the influx of visitors we're seeing at Fair."
Onondaga County Executive Joanie Mahoney said, "Year after year, the Great New York State Fair attracts hundreds of thousands of fairgoers eager to explore all that this jewel of Central New York has to offer. By offering this additional bus service for visitors and their families, we help them get to where they want to go quicker while easing congestion on the town's streets - expanding transportation options for locals and tourists alike."
Rick Lee, CEO of CENTRO said, "CENTRO is very excited to welcome our sister transit agencies from Buffalo, Rochester, and Albany to work side by side with us to make the 2017 State Fair an outstanding event. Their contribution of buses and staff is a great example of inter-agency cooperation that benefits all New Yorkers! We want to thank Governor Cuomo and his team for facilitating this effort."
Bill Carpenter, RTS CEO and NYPTA President said, "The New York State Fair is a premiere event and CENTRO does a great job managing transportation each year. With Governor Cuomo's leadership there is tremendous growth in attendance and interest in the Fair. RTS is pleased to join CDTA and NFTA in partnering with CENTRO to provide the best possible experience for residents and visitors at the Fair."
CDTA CEO Carm Basile said, "CDTA is thrilled to be part of the New York State Fair this year, along with our family of upstate transit properties. Transportation is a vital part of the upstate New York lifestyle and we are happy to help transport the hundreds of thousands of people who will attend the fair. The State Fair is a hallmark event for Central New York and a statewide jewel that showcases all that is great about New York."
NFTA Executive Director Kimberley Minkel said, "The NFTA is pleased to lend a helping hand to support the Great New York State Fair. We are honored to help transport thousands of people from across the state and country who look forward to the fair every year. It's great to be part of this upstate public transportation collaboration that is both meaningful, efficient, and showcases what is great about New York State."
The New York State Fair, operated by the New York State Department of Agriculture and Markets, runs from August 23 to September 4, 2017. The Fair's mission, reflected in its theme, "FIND YOUR GREAT," is to showcase the best of New York agriculture while providing top-quality entertainment.
The home of the Great New York State Fair is a 375-acre exhibit and entertainment complex that operates all year. A year-round schedule of events is available on the Fair's website. Find The Great New York State Fair on Facebook, follow @NYSFair on Twitter, on Snapchat at nysfair and enjoy photos from the Fair at www.Flickr.com/photos/nysfair. Also, New Yorkers are invited to send their ideas for the Great New York State Fair at statefairideas@agriculture.ny.gov.