BPRS-NY looks forward to continuing to be a pillar with the Urban Network in the Tri-State area fulfilling its mission of creating opportunities for multi-cultural professionals in the communication arena. 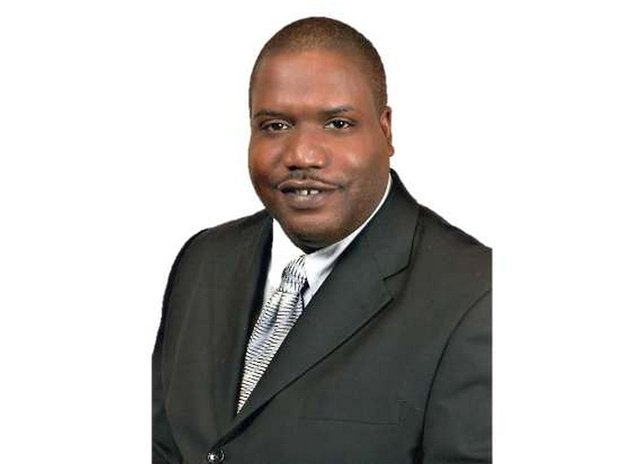 New York, NY - October 24, 2016 - On October 1, 2016 Phil Andrews took the helm of Black Public Relations Society-New York.  The Black Public Relations Society-New York is New York Chief Image Maker and Strategist. BPRS-NY looks forward to continuing to be a pillar with the Urban Network in the Tri-State area fulfilling its mission of creating opportunities for multi-cultural professionals in the communication arena.  Our goal is to continue to advocate for Black Professional in Public Relations, Corporate Communications, Investor Relations, Government Affairs, Community Relations, and other related fields.

“We look forward to building on the legacy that the founding fathers of BPRS-NY has created since its inception in 1989.  We would like to give special acknowledgement to the Immediate Past President of BPRS-NY Kisha Barton; for we will be building on the mission, values, and goals they have entrusted to us in passing the torch of leadership to our newly established administration. We look forward to forming partnership with affiliate organizations, corporations and PR firms dedicated to diversity, and colleges and universities in New York," stated Phil Andrews, President BPRS-NY. "We look forward to hosting a variety of informative panels, workshop, and events geared towards opening the doors of access to more Black PR Professionals in the Public Relations Industry."

Phil Andrews is a two term Past President of the 100 Black Men of Long Island. Founded in 1974. "The 100" serves as an international coalition focused on creating educational opportunities, promoting economic empowerment, addressing health disparities and creating positive mentoring relationships. As founder of P.A. Public Relations Company, Phil has been afforded the privilege to serve as Public Relations Director for a myriad of companies, community initiatives and professional organizations. Andrews' business acumen is often sought after by organizations that host major events, benefits and fundraisers.

He has served on the Public Relations Committee for the Harlem Book Fair on Long Island {which attracted over 2000 participants in 2003), as Public Relations Committee Member of the New York Metro Black MBA Association and the 100 Black Men of Long Island. In 1995 and 1998, Mr. Andrews' excellence in his field garnered the Small Business Person of the Year award by two branches of the Nassau Council of Chambers of Commerce (Roosevelt and West Indian Chambers, respectively). He has also received a number of proclamations and citations from notable political officials including former Nassau County Executive Thomas S. Gullotta, former Town of Hempstead Supervisor Richard Guardino and Assembly-woman Earlene Hooper Hill, 18th Assembly District of Long Island NY.  In 2011, Phil Andrews was awarded the “Good Neighbor Award” by the Korean American Association of Greater New York.

Phil's work has been featured in multi-platform publications including Black Star News, The New York Beacon, Amsterdam News, Minority Business Review, The Network Journal and more. He is also featured in "15 Years of Minority Business Development" a book published by Mr. Robert Adams. Mr. Andrews is listed in Who's Who in Black America and International Who's Who. Prior to beginning his career in Public Relations, Phil was the Vice President and Marketing Director of the Haircut Hut franchise for more than ten years.

Phil learned early on the importance of community and education. He was born and raised in Brooklyn, New York's Marcy Housing Development and attended Brooklyn Technical High School (one of the country's most recognized schools for academic excellence). After serving several years in the US Navy and Army Reserves, attending York College ( Jamaica, Queens, NY) and John Jay College, (New York, NY), he graduated from paralegal school and began a nearly twenty year career in law enforcement. Community, Service and Education have been constant themes in his life.

Andrews' drive is a profound concern for his community. This has led him to serve on several Boards of Directors including—the Roosevelt Chamber of Commerce, Roosevelt Kiwanis and the West Indian Chamber of Commerce as the Public Relations Director. Mr. Andrews owns the Power Networking Business Seminar Series, a business network that builds viable connections between community and business. He continues to build networks in and across many an industry; but, none more important than that of the education and mentorship of young people. As a Certified Mentor, Phil Andrews' goals involve encouraging as many promising young men as possible by compelling them to serve with the very best of their minds and talents.

For more information on the programs and activities of the Black Public Relations Society-New York or to request application for membership into BPRS-NY, please email.  Visit online.