MSG Plans to Spin Off Knicks, Rangers Next Year

The company led by CEO James Dolan would still retain a 33 percent stake in the sports biz. 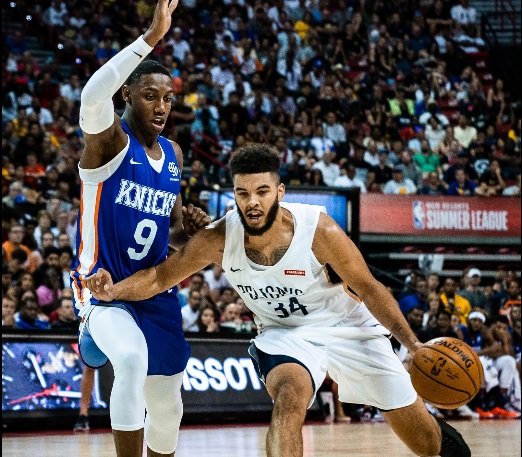 MSG plans to spin off its sports operations including The New York Knicks and New York Rangers.

As the Madison Square Garden Co. moves ahead with a massive new entertainment venue in Las Vegas, the company led by CEO James Dolan is looking to spin off its sports operations by next year – including the New York Knicks and Rangers.

MSG President Andrew Lustgarten in a conference call with analysts today outlined plans to separate the sports and venue businesses.

He said the company hopes to spin off the sports operations, although it has been “taking longer than expected,” during the first quarter of 2020.

Lustgarten added that the company remains “firmly committed to completing this important transaction," which still requires some approvals.

“As we execute on our vision for these state-of-the-art venues, we continue to actively pursue the proposed spin-off of our sports business,” Lustgarten said, “a transaction we believe would strengthen our financial flexibility and help drive long-term value creation for our shareholders.”

He previously discussed the proposed spin-off, but went into some detail about his belief “that this separation would better highlight the unique value of the Knicks and Rangers franchises.”

Even after a spin-off, however, MSG would likely retain a roughly 33 percent stake in the sports business.

“This equity stake would be used to help fund our growth plans and for other corporate purposes,” he said.

At least recently, the Knicks and Rangers haven’t performed as well as MSG would like, although it has hopes for better days ahead.

“The team performance of the Knicks and Rangers weighed on our per-game revenue for tickets, food, beverage and merch sales,” Lustgarten said. “We were also impacted by higher team personnel costs, including a player waiver earlier this year as well as higher marketing costs as we spend more to support our in-game sales.”

The sports spin-off, which would separate Madison Square Garden from these teams that play there, is still subject to closing conditions, including league and final MSG Board approvals.

“This transaction would strengthen our ability to execute on our plans for MSG Sphere, an initiative we continue to make meaningful progress on,” Lustgarten said.