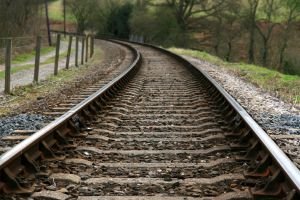 New York, NY - December 16, 2013 - U.S. Senator Charles E. Schumer today detailed his plans to pass legislation, the 'Commuter Benefits Equity Act,’ to extend the vital federal mass transit tax break that currently saves mass transit riders over $1,000 per year. The current tax break for mass transit commuters will expire at the end of the year. The commuter benefit currently covers up to $245 per month from a person’s gross income to pay for their mass transit commutes and provides parity with a previous benefit extended to drivers’ parking costs. Over the last year alone, approximately 700,000 New York area commuters saved over $330 million through this benefit.  Schumer was the author of the legislation that created this tax break, and it was first passed as part of the stimulus package.

Schumer said that it needs to be extended before January 1st, as extending it retroactively is extremely difficult.  He announced today that he would seek to include his legislation in a package of tax provisions – known as the “extenders package” – before the end of the year.  Almost every year Congress passes this type of package extending tax provisions that are scheduled to expire.  Schumer said that this legislation would be a perfect fit for such a package, and that it should be passed in the next six weeks.  There has been some opposition in Washington to doing such a package this year due to a desire to wait until a broad agreement on tax reform is reached, but today Schumer said that we absolutely cannot wait.  He said a tax extenders package, including this provision, must be passed this year.

“As the price of commuting continues to climb, this tax break has become increasingly vital,” said Schumer.  “Mass transit is the lifeblood of the New York area, and this provision helps keep it flowing and affordable.”

Employees whose monthly mass transit fees are less than $245 can currently deduct the full amount of their commuting costs from their paychecks, tax free, through an employer benefit program. The cost is pegged to the IRS tax benefit that covers parking for drivers. Until 2009, commuters who drove to work received a greater tax break than those who took mass transit. In 2009 the mass transit benefit was almost doubled from $120 per month to $230 per month, creating a savings of over $1000 per year for commuters. Currently, 700,000 commuters in the Greater New York Metropolitan Area, and 2.7 million commuters nationwide take advantage of the benefit.  Schumer was able to have the benefit extended in the fiscal cliff deal but it is now set to expire on December 31, 2013. Schumer plans to include the Commuter Benefits Equity Act in a broad tax package expected to be considered within the next few months.

Employees whose monthly mass transit fees are less than the $245 cap can currently deduct from their paycheck, on a tax free basis, their commuter costs. In many cases, employers assume the full, tax-free cost. The measure also helps employers save money by lowering their payroll taxes compared to if they paid the money in wages. Schumer says that with the increased benefit set to expire at the end of the year and transportation costs increasing every year, it is essential the mass transit tax benefit be made permanent. The current pre-tax benefit for drivers is $245 per month and indexed up from $240 last year.  According to the IRS, the parking benefit is scheduled to increase to $250 in 2014. Schumer’s bill, which creates parity between the mass transit benefit and parking benefit, would permanently peg the mass transit benefit to the same rate going forward.

Schumer authored legislation that passed as part of the economic stimulus package in 2008, allowing employers to offer their employees up to $230 per month in transit benefits tax free, equal to what they were offering tax-free for parking costs. The transit benefit reduces a commuter’s transportation costs by a third or more.  Schumer was able to have the benefit extended last year in the fiscal cliff deal through 2013. If allowed to expire there would be a greater incentive for people to drive to work rather than take mass transit, as next year’s $250 pre-tax savings would only apply to those who drive.

NYC Bus and Subway – The mass transit benefit covers the full $112 per month cost of an Unlimited 30-day MetroCard.

Express Bus – The mass transit benefit fully covers the monthly cost of buying a weekly pass on MTA express bus at $55 a week, for a total monthly cost of $220. If the benefit it not extended it will revert to $130 per month and only 59 percent of the cost will be covered. A commuter using Express Bus will be required to pay $90 post-tax dollars each month, costing the commuter $1,080 a year.

LIRR – The mass transit benefit now fully covers the typical monthly pass from the most common commuting areas. For example, the $242 cost of a monthly ticket from Garden City to Penn Station is fully covered by the benefit, but only 54% of the monthly cost would be covered if the benefit is not extended. Without an extension of the benefit, a commuter from Garden City will be required to pay $112 in post-tax dollars a month, costing the commuter $1,344 a year.

MetroNorth – The mass transit benefit now fully covers the typical monthly pass from the most common commuting areas. For example, the $222 cost of a monthly pass from Bronxville to Grand Central is fully covered by the benefit, but only 59% of the monthly cost would be covered if the benefit is not extended.  Without an extension of the benefit, a commuter from Bronxville loses $92 in post-tax benefits a month, after taxes costing the commuter up to approximately $1,104 a year.

Besides providing relief to commuters who already use the benefit, making it permanent will provide relief to those who have come to rely on the pre-tax savings as well to continue incentivizing the use of mass transit.

According to WageWorks, in the New York metro area, it’s estimated that commuters will save $330 million this year because of the transit benefit at the $245 cap level and employers will save over $65 million. Approximately 15,000 companies in New York offer the transit benefit covering approximately 700,000 employees.  And in 2013, it’s estimated that employers nationwide will save over $125 million in payroll taxes, money that can be reinvested to create jobs.