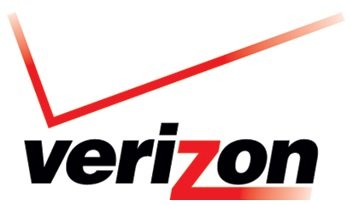 New York, NY - August 20, 2013 - Transit Wireless and Verizon (NYSE: VZ) have finalized their agreement to bring Verizon’s 3G and 4G LTE wireless voice and data service to Transit Wireless’ state-of-the art wireless network in the New York City subway system. Verizon will begin to install their equipment in Transit Wireless’ secure Base Station Hotel facilities over the next several weeks and Verizon Wireless customers can expect to start receiving service in the 36 stations already online in mid-town Manhattan and Chelsea later this year.  “We are extremely pleased to gain Verizon’s participation in our wireless network in the New York City subway system, facilitating high quality voice and data services in the underground,” said William A. Bayne Jr., CEO of Transit Wireless. “We have now secured partnerships with all four major wireless carriers to bring the vast majority of New Yorkers, visitors, government agency personnel, transit employees, contractors and first responders the ability to be connected in the stations we’ve constructed – a real milestone.”  “In addition to the more than $3 billion that we’ve already invested in the Verizon Wireless network regionally, we are now bringing our Verizon Wireless voice and data service to 36 New York City subway stations,” said Patrick Devlin, regional president for Verizon Wireless. “Verizon Wireless is always exploring opportunities to expand our network coverage for our customers no matter where they are – above ground or below. As we continue to support this project with Transit Wireless, we remain committed to delivering superior service and an enhanced customer experience that meets the needs of today’s mobile consumer.”  The company will next participate in Phase 2 of the project, which comprises 40 new stations, including Grand Central Station, 34th St. Herald Square and Bryant Park in mid-town Manhattan and stations throughout the Borough of Queens. Phase 2 is expected to be completed in early 2014.  “Bringing wireless service into the New York City subway has been a big step forward for our customers, and we’re pleased that even more of them will be able to take advantage of it,” said MTA Chairman and CEO Thomas F. Prendergast. “The ability to make and receive phone calls underground is an important improvement for safety and security as well as convenience, and our customers will certainly appreciate it.”  To quickly find stations that have wireless service, please visit Transit Wireless’ mobile-friendly website at www.nycsubwaywireless.com.