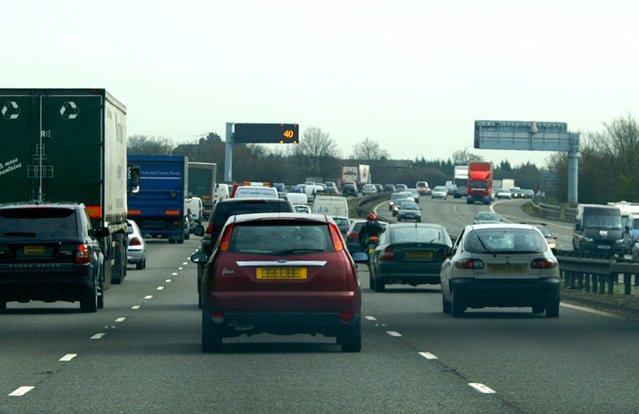 State police and local law enforcement will implement "Drive Sober or Get Pulled Over" campaign from August 18 to September 5.

Albany, NY - August 18, 2016 - Governor Andrew M. Cuomo today directed State Police to ramp up enforcement efforts as part of a national crackdown on impaired driving through Labor Day weekend, one of the deadliest times of year for drunk and drugged driving fatalities. The Drive Sober or Get Pulled Over campaign, which begins statewide on August 18 and ends September 5, will be carried out with assistance from local law enforcement and aims to reduce deaths and injuries caused by motorists driving drunk or impaired by drugs.

“Drunk drivers are a danger to themselves and others, and law enforcement is committed to ensuring the safety of everyone on the road,” Governor Cuomo said. “Impaired driving is a reckless and dangerous crime with potentially fatal consequences, and I urge New Yorkers to drive responsibly to avoid senseless tragedies.”

Impaired driving is a major contributor to crash fatalities. One-third of all traffic crash fatalities in the United States involve drunk drivers. In New York State, alcohol involvement was listed as a contributing factor in more than 7,000 police-reported crashes in 2015, while illegal drugs contributed to more than 800 crashes. Additionally, impaired-driving crashes cost the United States $44 billion each year. The penalties for impaired driving are accordingly strict. Drivers convicted of DWI or DWAI three or more times in 15 years face a Class D felony charge, up to seven years in prison, and a fine up to $10,000.

Terri Egan, Acting Governor’s Traffic Safety Committee Chair and Department of Motor Vehicles Executive Deputy Commissioner said, “There is never an excuse to drive after drinking or while impaired by drugs or alcohol. It is selfish, irresponsible, and unnecessary, and can have tragic effects not only on drivers, but on innocent victims on the roads. Have a plan before you go out, enlist friends to help, and remember that law enforcement will see you before you see them.”

In New York State, impaired driving enforcement campaigns are funded by the Governor’s Traffic Safety Committee and STOP-DWI, a comprehensive and financially self-sustaining highway safety program that allows participating counties to qualify for the return of all fines collected within their county for alcohol and other drug-related traffic offenses. The Governor’s Traffic Safety Committee supports statewide enforcement and education in conjunction with national crackdowns, and uses federal funds to support impaired driving projects, in addition to supplementing the resources available for statewide enforcement efforts. These include statewide public information campaigns, training programs, multi-agency advisory groups, research studies and projects to enhance state agency programs.

Crackdown periods coincide with times when large numbers of impaired drivers are likely to be on the roadways, including Halloween, the winter holiday season, the Super Bowl, St. Patrick’s Day, Memorial Day, Independence Day, and Labor Day. Last year, 41 counties participated in the “Drive Sober or Get Pulled Over” Labor Day crackdown, resulting in 237 DWI/DWAI arrests, 17 Drug Recognition Expert Evaluations, 26 DWAI-drug only arrests, 317 other arrests, and more than 3,400 Vehicle and Traffic Law summonses.

New York State Police Superintendent George P. Beach II said, “Every year there are needless tragedies and a wake of victims left behind because of the decisions made by impaired drivers. Through education and enforcement, the New York State Police work to keep these drivers off the road. Through campaigns like Drive Sober or Get Pulled Over, we remind people of the dangers of drinking and driving. Together, we can keep New York State's roads among the safest in the nation.”

Peter R. Kehoe, Executive Director of the New York State Sheriffs’ Association said, “Each year, on average, more than 10,000 people die on our roadways due to drunk driving. Just consider all of the lost talent, lost love and companionship for family and friends, lost contributions toward a better society, lost opportunities to live and grow – all because some people made bad choices to drink and drive, and snuffed out all that potential. It’s a tragedy all around, that doesn’t have to be.”

Margaret E. Ryan, Executive Director of the New York State Association of Chiefs of Police said, “Drunk driving is neither an accident nor a victimless crime. Each year, thousands of lives are lost as a result of motorists operating vehicles while their ability is impaired. That is why the New York State Association of Chiefs of Police fully supports continued specialized training and high-visibility enforcement efforts by our law enforcement professionals that will help deter and remove impaired drivers from our highways and reduce needless fatalities. Along with GTSC and our law enforcement partners, we will make every effort to ensure our roadways are safe for all travelers throughout the year, and especially during this upcoming holiday weekend.”

Drunk driving is often a symptom of a larger problem: alcohol misuse and abuse. New Yorkers can find help for addiction and hope by calling the state’s toll-free, 24-hour, 7-day-a-week HOPEline at 1-877-8-HOPENY (1-877-846-7369) or by texting HOPENY (467369). Addiction treatment providers can be located on the New York State Office of Alcoholism and Substance Abuse Services Access Help website or on the Treatment Availability Dashboard. For additional tools to use in talking to a young person about preventing underage drinking or drug use, visit the state’s Talk2Prevent website.

NYS OASAS Commissioner Arlene González-Sánchez said, “I applaud Governor Cuomo and our partner agencies for their efforts to keep all drivers safe on the road. Addiction is a chronic disease, but it is treatable. I urge any New Yorker struggling with drugs or alcohol to get help so they can begin a new, healthy life in recovery.”