Mangano Announces Nassau's Most Successful Year Ever In Rooting Out Welfare Waste, Fraud And Abuse

Since January 2011, Nassau taxpayers have been spared a total of $52.4 Million in Welfare Fraud and Abuse. 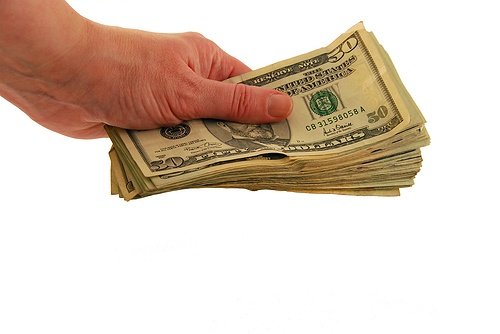 Nassau County, NY - January 2, 2014 - Nassau County Executive Edward P. Mangano announced today that 2014 has been the most successful year ever for the Department of Social Services (DSS) Office of Investigations in its continuing crack down on those individuals attempting to defraud Nassau County taxpayers. In all, a total of $26.7 million was identified in social services savings for 2014. Since 2011, DSS investigators have saved Nassau taxpayers $52.4 million in costs that would have otherwise been wasted as a result of fraud and abuse.

Some of this year’s savings highlights include:

“Despite the fact that time and time again we inform the public that those who cheat the system will be caught and prosecuted, some continue to question our determination to root out fraud and abuse,” said County Executive Mangano. “I again say to those who would steal money from the neediest of our citizens: you will be caught and prosecuted, and the money you’ve stolen will be returned to our taxpayers.”

Director of DSS Special Investigations John Faust stated, “We remain vigilant to all forms of attempted Medicaid fraud and abuse. Our team of investigators will continue to use the latest technological advances to insure that those who try and cheat the system will be apprehended. Furthermore, this year, the Office of Investigations joined with the U.S. Department of Agriculture (USDA) whereby fugitives with a felony warrant who receive SNAP (Food Stamps) can have their benefits terminated as well as face arrest, further protecting taxpayers’ money and removing violent felons from the streets.”

DSS Commissioner Dr. John Imhof added, “Each year DSS continues to increase the amount of cost avoidance detected by our staff and investigators. This year’s record amount is a testament to the dedication and tenacity of our staff in saving taxpayer dollars and making certain only the neediest receive the services they require.”

To report a case of suspected waste, fraud or abuse, please visit the county website or call our toll-free hotline at (877) 711-TIPS (8477). All callers can remain anonymous.