Earth to Escape Collision with Asteroid

An asteroid 150-feet wide and coming at a speed of 17,500 mph makes a close encounter with our planet this afternoon. 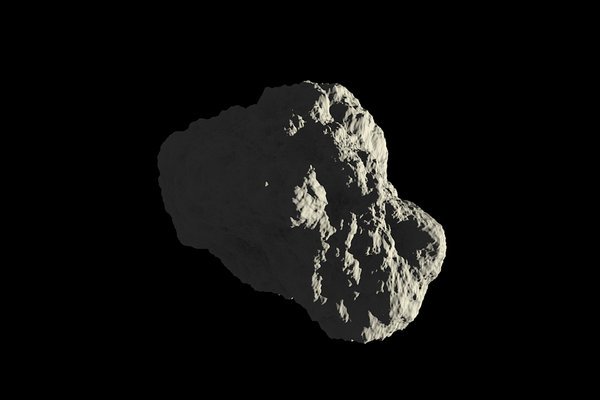 A portion of Earth could be doomed today if the asteroid named 2012 DA14 by NASA were to hit. It would be like a 2.4-megaton atomic bomb. Fortunately, experts are predicting that the nearing asteroid will come 17,200 miles “above” our planet’s surface.

While no collision is expected, it is the biggest object to come close to Earth on record since NASA began surveying the sky in the 1990s.

The asteroid has its closest approach to Earth at 2:25 p.m.

It comes so close that it flies through the low-Earth orbit and the higher belt of geosynchronous satellites where observation satellites for weather data and telecommunications are. Since the satellites are widely distributed, experts see an extremely remote chance of a collision.

Asteroids like 2012 DA14 fly past Earth about every 40 years and strike about every 1,200 years, according to Don Yeomans of NASA’s Near Earth Object Program at Jet Propulsion Laboratory. The asteroid also appears to be made of stone rather than metal or ice.

Looking back 50,000 years ago, a similar-sized asteroid to 2012 DA14 hit our planet and formed a mile wide Meteor Crater in Arizona. That asteroid was made of iron. There was also an asteroid of similar size that exploded in the atmosphere above Siberia in 1908. It resulted in the leveling of hundreds of square miles of forest.

Asteroid 2012 DA14 was first discovered by a Spanish observation team last year. It has since been monitored and the monitoring and tracking continues as it comes closer to Earth.