Country music star Phil Vassar discusses his film Chasing Taste with Tom Needham this Thursday at 6 P.M. on WUSB's The Sounds of Film. 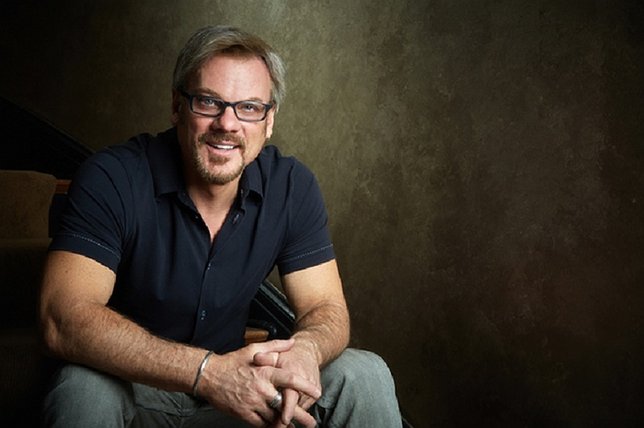 Stony Brook, NY - August 10, 2016 - County music superstar Phil Vassar will be Tom Needham's special guest this Thursday at 6 P.M. on WUSB's the Sounds of Film.  Phil will be speaking about his recent acting experience in the comedy Chasing Taste.  The film follows a down-and-out writer who is transformed overnight into NYC's next big food critic before a freak accident robs him of his senses of taste smell. In order to keep his new-found fame, he relies on a team of super "smellers" and tasters to fake his reviews.  Chasing Taste, directed by Sean Gannet, is the winner of Best Comedy Film at both the 2013 Burbank International Film Festival and the 2014 Manhattan Film Festival.

Phil Vassar is one of country music's most successful artists. He started his career writing hit singles for other artists like Tim McGraw, Jo Dee Messina, Collin Raye, and Alan Jackson. In 1999, Phil was selected as the Country Songwriter of the Year by the American Society of Composers, Authors and Publishers. In 2000, Phil released his first album on Arista Nashville and quickly produced five hit songs on US Billboard Country Singles Chart. Through the years, he has had an amazing 19 singles on the billboard Hot Country Songs Chart.  On September 16th, Phil Vassar will be appearing with Charlie Daniels at the NYCB Theatre at Westbury.
About the Sounds of Film
The Sounds of Film is the nation's longest-running film-themed radio show.  For over 29 years, the program has delivered a popular mix of interviews and music to listeners all over Long Island, parts of Connecticut and streaming live at wusb.fm.  Recent guests include Ralph Macchio, Bobby Rydell, Chuck D., Rev. Jesse Jackson, Chris Hedges, Jesse Ventura, Donny Most and Connie Stevens.