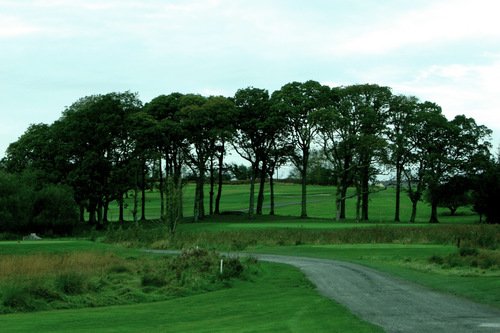 Albany, NY - August 8, 2013 - Governor Andrew M. Cuomo today announced that approximately $2.6 million in NY Works projects to improve State Park golf courses are currently underway this year. The Governor also launched “I Love NY Golf” to highlight the more than 1,000 golfing and tourist opportunities available across the state. As part of the Governor’s ongoing efforts to improve infrastructure, create jobs and increase tourism in New York State, these improvement projects will help maintain high quality public golf courses and facilities to attract other major events like the PGA Championship and encourage visitors to travel to Upstate New York.
“We are thrilled to host the PGA Championship in Rochester this year, and by investing in our State Parks and launching I Love NY Golf, we hope to build on that momentum and entice other major events like the PGA tournament to Upstate New York,” Governor Cuomo said. “Our State Parks and golf courses are a great asset in our work to boost tourism, create jobs and grow the economy statewide. These projects improve critical infrastructure so that we can maintain our state-of-the-art parks and facilities and enhance New York’s reputation as a premier vacation destination. Whether you’re new to the sport or an experienced golfer, I encourage all New Yorkers and visitors to come to one of New York’s golf courses to play, relax, and work on your game this summer.”
“I Love NY Golf” is the Governor’s initiative to brand and promote the more than 1,000 publicly- and privately-owned golf courses in New York State under one umbrella. Similar to the Governor’s “Path Through History” initiative, I Love NY Golf will highlight the state’s golf assets and help fuse golf tourism and major events like the PGA Championship, the LPGA Championship that was also held in Rochester earlier this year, and the U.S. Open that has been held several times on Long Island. The initiative will promote New York State golf and extend beyond the state to target international golfers in markets such as Canada, the UK, Japan, Korea and China.
Four NY Works projects, funded by the 2013-14 Budget, are currently underway to improve infrastructure at State Park golf courses. This funding includes:
Additionally, State Parks is developing plans to revitalize the golf patron area of Beaver Island State Park in Western New York, including a new pro shop and café.
This year’s funding builds on a $1.2 million investment in State Park golf courses included in last year’s budget. The State invested $500,000 to improve cart paths and drainage systems at Bethpage State Park golf courses on Long Island and $700,000 to improve parking and roadways at the Soaring Eagles Golf Course. These investments will help maintain the high quality of the State’s golf courses for New Yorkers and visitors to enjoy.
New York State Parks currently maintains and oversees 29 golf courses located at 21 State Parks across New York. Approximately 700,000 rounds of golf are played at State Park golf courses each year, bringing in an average of $17 million in annual revenue.
Under the State Park golf program which contracts with PGA golf professionals, both experienced and novice golfers can take lessons from some of the best players in this sport. For a list of State Park golf courses, and specific details for fees and lessons with PGA golf professionals, go to: http://nysparks.com/golf-courses/.
State Park golf courses support local economies and quality of life, hosting tournaments, outings and charity events. Every year, golfing has a positive impact of billions of dollars on the New York State economy. According to the WE ARE GOLF coalition, in 2007, golfing in New York produced a total economic output of $5.3 billion, supported 56,594 jobs, and generated $1.6 billion in wages. Nationally, the golf sector generated a total economic impact of $176.8 billion in 2011, including 1.98 million jobs and $55.6 billion in wage income, according to a study by SRI International for GOLF 20/20.
This year’s PGA Championship in Rochester is expected to attract up to 35,000 attendees per day—or more than 200,000 total spectators—with up to 30 percent of these golf fans coming from outside New York State and representing 47 different countries. The 2013 PGA Championship is projected to result in a $78 million economic impact on the Finger Lakes region, and to lead to the creation of approximately 1,127 temporary, full- and part-time jobs to support the influx of golf enthusiasts. State and local fiscal revenue is estimated to increase by $7,304,447 from sales, income and other taxes.
New York has hosted 12 PGA Championships in total – more than any other state. The first Championship was held in 1916 in Bronxville and since then, golf courses in Queens, Long Island, Westchester and Rochester have all hosted events. This year is Oak Hill Country Club’s third time hosting the Championship (first time was in 1980 and the second was in 2003).