Bridge in Village of Lawrence to be named after former executive director of the Five Towns Community Center and community leader. 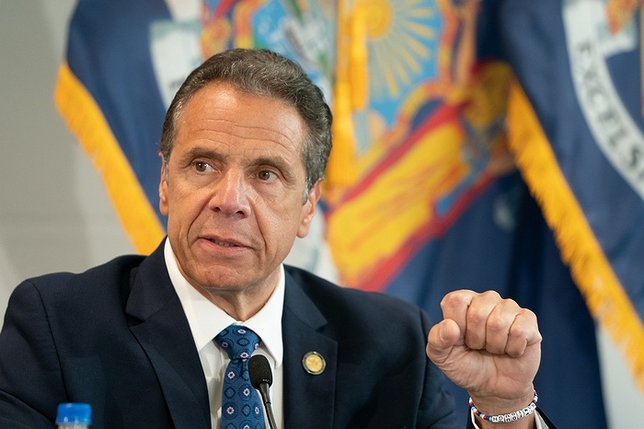 Governor Andrew M. Cuomo has signed legislation designating a portion of the state highway system in Nassau County as the "Peter V. Sobol Memorial Bridge." The bridge is located in the Village of Lawrence.
"Peter Sobol was a longtime advocate for the Long Island communities in which he lived and worked, and his dedication to Superstorm Sandy relief, food insecurity and immigrant communities won't be forgotten," Governor Cuomo said. "We're proud to honor his memory by dedicating a bridge in the Village of Lawrence to him that will inspire others to follow in his footsteps of selfless community service."
Peter Sobol was a community leader in Inwood and the Greater Five Towns. He served as executive director of the Five Towns Community Center and a longtime board member. Sobol helped make his community center a COVID-19 testing site. He also turned the Center into a Red Cross shelter after Superstorm Sandy and worked to address food and clothing insecurity, particularly with the immigrant population. Sobol organized the annual Inwood 5K, which raised scholarship money for local high school graduates.
Senator Todd Kaminsky said, "Peter Sobol dedicated every fiber of his being to bettering Inwood, the Five Towns and the lives of its residents. Renaming a bridge on Route 878 is a fitting tribute to Pete and his lifetime of service to the community. While he may have departed, his legacy will continue to live on for generations."
Assembly Member Melissa Miller said, "It is an honor to be able to memorialize Pete in this way. Pete was the embodiment of everything that was good in the community. His life's work was making things better for people. Pete worked tirelessly and selflessly everyday making sure that everyone had what they needed. Pete loved people. He loved his community. And now this bridge will be part of his legacy forever."