Cuomo: "This administration has worked tirelessly to promote policies that reflect that diversity is our greatest strength." 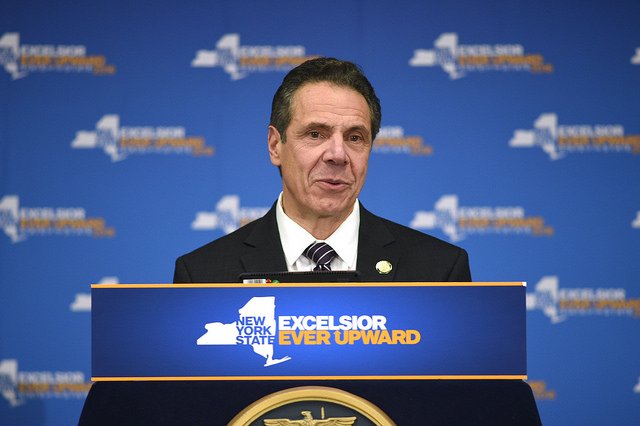 Albany, NY - February 16, 2018 - Governor Andrew M. Cuomo today announced new appointments to his administration.
"This administration has worked tirelessly to promote policies that reflect that diversity is our greatest strength and to ensure a stronger and fairer New York for all," Governor Cuomo said. "I am proud to welcome these talented professionals to their new roles on our team to help ensure that our policies and hiring reflect the strength of our communities. I look forward to working with them to continue to move the Empire State forward."
Lourdes Zapata has been appointed Chief Diversity Officer, having previously served as the Executive Vice President/Executive Director of the Division of Minority and Women's Business Development at Empire State Development. Prior joining the State, she served as Senior Vice President of Community and Economic Development for the South Bronx Overall Economic Development Corporation. Ms. Zapata was also the Director of the Department of Planning and Development for the City of Newburgh. Ms. Zapata has a B.A. from Hood College and an M.P.A. from New York University's Robert F. Wagner Graduate School of Public Service.
Linda Sun has been appointed Deputy Chief Diversity Officer, having previously served as Director of External Affairs at Global New York, where she worked closely with foreign consulates and local stakeholders on business development, while also serving as Director of Asian American Affairs for the Office of the Governor. Prior to that, she served as Trade Manager at Global New York. Ms. Sun has also served as Queens Regional Representative. Before joining New York State, Ms. Sun held various positions with Congresswoman Grace Meng, including Director of Operations for the 2012 congressional campaign, Chief of Staff in Ms. Meng's Assembly Office and Campaign Manager. She has a B.A. from Barnard College, Columbia University and an M.A. from Teachers College of Columbia University.
Last year, Governor Cuomo announced bold actions to increase the number of minorities in the State government workforce, including advancing legislation to accelerate the hiring of highly-qualified diverse candidates and expanding access to Civil Service exam preparation and tests. The actions were recommended by the Governor's Advisory Council on Diversity and Inclusion.