A new study gave Long Island beaches a good safety grade but warned of challenges ahead. 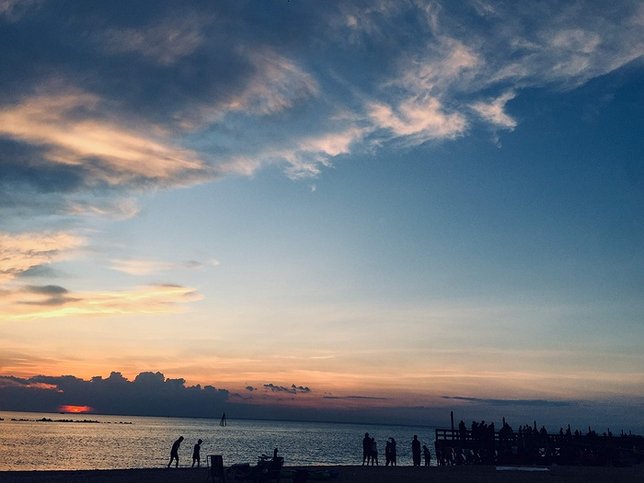 An environmental study graded conditions at over 204 beaches that touch the Long Island Sound, including North Shore beaches. Beaches in both Connecticut and New York received high marks for water quality, welcome news to beachgoers.

Save the Sound, a bi-state organization dedicated to protecting the waters and shorelines of the Long Island Sound, released the report on Friday. They have offices in Mamaroneck, NY and New Haven, CT.

Among the top ten beaches in New York State on the Long Island Sound were Northport’s Hobart Beach, Port Jefferson’s East and West Beach and nearby Belle Terre Beach, and Iron Pier Beach and Mattituck Breakwater Beach, both in Riverhead.

The report says that beaches in the eastern Sound tend to get higher grades and lower grades given to the western areas.

“However, this east–west gradient is not constant in every year, showing that all regions have opportunities for improvement,” the organization said in a statement released with the report.

That’s the good news but a troubling trend was identified in the report saying that continued rain-triggered water pollution is a harbinger of future challenges.

“The overall failure rate of beach samples more than doubled in wet weather—jumping from 5.4% in dry weather to 11.1% following wet weather,” the statement warned.

Climate change is expected to cause increasing rainfall in the Long Island Sound region over the years, exacerbating the issue. The organization said that improvements in coastal stormwater management and sewage infrastructure need to be made.

The Save the Sound organization says that conditions can vary from beach to beach. Some beaches might be fine while others can be closed because of contaminates.

Nassau County Executive Laura Curran said that efforts by organizations like Save the Sound are working.

The problem is with the waste created by human populations in the surrounding regions.

“At the same time, we know that beaches practically next door to one another can have vastly different water quality, especially if local stormwater and sewer lines are combined or are in poor condition,” said Tracy Brown, director of Save the Sound.

Because of impervious surfaces like roads and driveways, waste picked up by rainwater has less of a chance to be absorbed into the ground before making its way to the Sound either directly or indirectly through storm drains.

Following a rainstorm, beaches might be closed for days, even if the weather is sunny.

Save the Sound recommends that communities invest in improved sewer treatment and handling capacity, as well as increased testing at impacted beaches.

Programs that work to reseed the Long Island Sound with oysters also work to improve water quality like one effort in Oyster Bay.

Oysters act like little motorized filtration systems. Each one can filter 50 gallons of water every day. Reseeding programs are proliferating across Long Island as a way to restore and protect polluted waters. Additional programs are conducted by the Town of Brookhaven and volunteer organizations like Coastal Steward in Port Jefferson and Mount Sinai Harbors.

Save the Sound also unveiled an upgraded website dedicated to providing public access to over a decade of water quality data for Sound beaches, at www.SoundHealthExplorer.org.

Gregory O’Mullan, an environmental microbiologist and professor at Queens College who consulted with Save the Sound said that the website and report can help the public and elected officials become more informed about water quality and actions they can take to improve conditions at local beaches.

“These data help to identify locations where environmental quality consistently supports safe recreation and locations where major improvements are needed to achieve that goal,” said O’Mullan.

Making sure the beaches are safe and healthy is important, says Brown.

“Long Island Sound beaches are an integral part of the lives of millions of beachgoers each year,” she said.