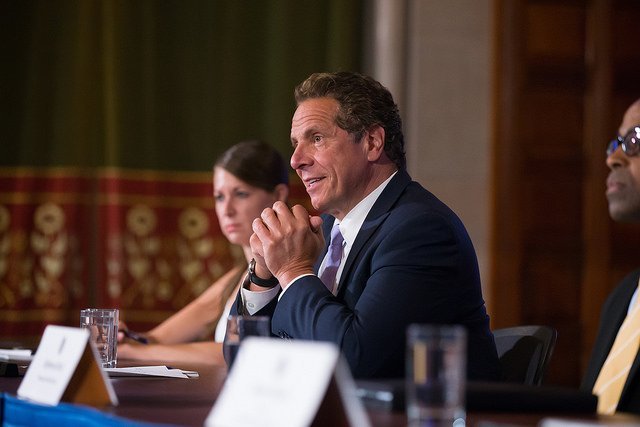 Albany, NY - August 2nd, 2017 - Governor Andrew M. Cuomo today announced that $5,287,405 in wages and interest were returned to 2,285 workers in the first six months of 2017 as a result of prevailing wage enforcement efforts by the New York State Department of Labor. In addition, more than $307,560 in civil penalties have been assessed against employers who violated prevailing wage law and 34 individuals or business entities have been barred with doing business with New York State since the beginning of the year.
"We have zero tolerance for those that seek to strip New Yorkers of the pay they worked so hard to earn, and we will continue to aggressively crack down on these bad actors and hold them fully accountable for their actions," Governor Cuomo said. "Every New Yorker deserves a fair day's pay for a fair day's work, and by recovering and returning these wages, we are once again standing up for and protecting the hard-working men and women of this state."
These figures represent a more than $2 million increase over last year's first-half recovery totals. In the first six months of 2016, $3,062,737 was returned to 1,806 workers.
Prevailing wage is the minimum pay rate set by law for employment on public work projects. This applies to all laborers, workers or mechanics employed under a public work contract. Union partners from the Building Trades that referred cases to the New York State Department of labor include the United Association of Plumbers and Steamfitters, Iron Workers, International Brotherhood of Electrical Workers, the United Brotherhood of Carpenters and more. The New York State Department of Labor's Bureau of Public Work is responsible for enforcing the law and determining the wage schedule for each individual region. Employers must pay the prevailing wage rate set for the locality where the work is performed.
Should a violation of the law occur, the Department of Labor has the authority to ban individuals or businesses from bidding on public work projects for a period of up to five years.
Below is the regional breakdown of recoveries in the first half of 2017: 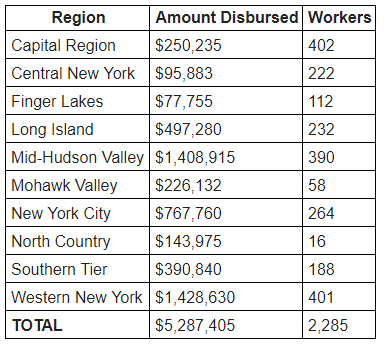