Two whales, a young pygmy sperm whale and an adult finback, were found washed ashore the beach in East Hampton. 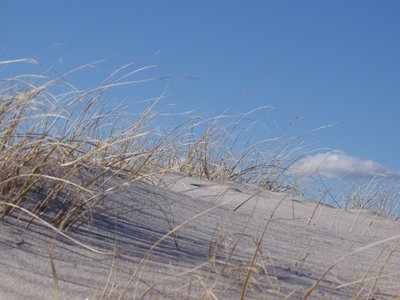 A live baby pygmy sperm whale that washed ashore in Napeague on Sunday afternoon was later euthanized by marine biologists from the Riverhead Foundation for Marine Research and Preservation.

According to biologists, although the whale was breathing when it was discovered in the surf, it showed signs of illness, including skin lesions and a depression behind the neck which usually indicates poor body condition. The Research Foundation also lacks a tank in which the young whale could have been rehabilitated, if it were healthy enough, according to the Easthampton Patch.
The whale, at five feet and 150 lbs, is believed to have been a yearling.  The species is typically found far offshore in warmer waters, and biologists believe that the young, weak whale was brought to the area by ocean currents, unable to swim on its own.
Earlier on Sunday, a dead finback whale washed up on a nearby beach, also in East Hampton.  This whale, an adult female measuring 57 feet in length, appears to have been dead for for about 2 weeks before ocean currents pushed it ashore.  A necropsy was performed on Monday to determine the cause of death, which was initially thought to be ship strike, though there were no visible signs of trauma.  The whale was discovered on the beach laying on its left side.
Kim Durham of the Riverhead Foundation told the Patch that her team of biologists have yet to rule out disease as a cause of death.
Finback whales, unlike the pygmy sperm whales, are common around Long Island waters in the winter.  These whales are endangered, and it is illegal to harvest any part of the whale’s body.  Last month, another finback whale washed up on the shore near Breezy Point.
The dead whale became somewhat of a spectacle on Sunday, which many beachgoers approaching the large carcass, taking pictures and touching the whale.
Heavy machinery was called in to move the dead whale in order for the biologists to conduct the necropsy.
Share your thoughts on this article by posting a comment below or by visiting our Long Island Living discussion forum.