Defense Distributed recently announced that it would upload downloadable 3D-printed guns to the internet, essentially giving anyone with a 3-D printer access to these weapons. 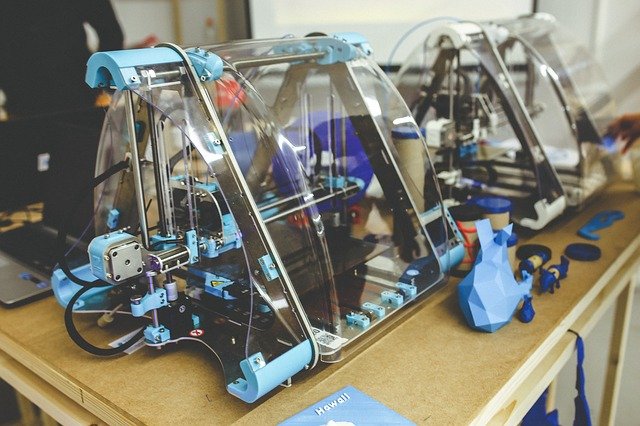 New York, NY - July 30, 2018 - New York Attorney General Barbara D. Underwood – part of a coalition of Attorneys General – announced that she will file suit against the Trump administration to block the distribution of materials that enable the printing of untraceable, undetectable guns using 3-D printers.
“It is, simply, crazy to give criminals the tools to build untraceable, undetectable 3-D printed guns at the touch of a button. Yet that's exactly what the Trump administration is allowing,” said Attorney General Underwood. “We won't stand by as New Yorkers’ safety is jeopardized by this abrupt about-face by the federal government.”
The lawsuit will be filed in federal court by the Attorneys General of Washington, Massachusetts, Connecticut, New Jersey, Pennsylvania, Oregon, Maryland, New York, and the District of Columbia.
In 2015, Defense Distributed, an organization dedicated to global distribution of open-source, downloadable 3D-printed guns, sued the federal government after the U.S. State Department forced the removal of the instruction manuals from the internet. The federal government successfully argued that the manuals violate firearm export laws before a federal trial court and federal appeals court. The United States Supreme Court declined to hear the case.
Then, in an abrupt reversal, the federal government settled the case on June 29, 2018. As part of the settlement, the Trump Administration will allow the downloadable guns for unlimited public distribution in any form. This will give anyone with a 3-D printer access to these weapons.
Defense Distributed recently announced that it would upload the data files to the internet, essentially giving plug-and-play access to guns.
The Attorneys General will now file suit, arguing that the Trump Administration actions resulting from the settlement violate the Administrative Procedure Act and the Tenth Amendment. They will also ask the court for a nationwide temporary restraining order.
In defending against Defense Distributed’s lawsuit, the federal government previously stated it was “particularly concerned that [the] proposed export of undetectable firearms technology could be used in an assassination, for the manufacture of spare parts by embargoed nations, terrorist groups, or to compromise aviation security overseas in a manner specifically directed at U.S. persons.”
A federal judge in the Western District of Texas in 2015 rejected Defense Distributed’s effort to temporarily block the government’s regulation of its materials, finding that “facilitating global access to firearms undoubtedly increases the possibility of outbreak or escalation of conflict.”
After the appeal of that decision was rejected, and the Supreme Court declined to hear it, the federal government moved to dismiss Defense Distributed’s lawsuit in April of this year. It argued that the downloadable guns “can unquestionably facilitate the creation of defense articles abroad” and that “the Department of State has consistently and reasonably concluded that it is not possible to meaningfully curtail the overseas dissemination of arms if unfettered access to technical data essential to the production of those arms is permitted.”
If the federal government were not permitted to regulate the dissemination of the downloadable guns, it argued, “they could be used to threaten U.S. national security, U.S. foreign policy interests, or international peace and stability.”
Mere weeks later, Defense Distributed announced the case had settled. “The government surprised the plaintiffs by suddenly offering them a settlement with essentially everything they wanted,” according to a report from Wired magazine. The settlement agreement was not made public until July 10.
The Trump Administration settlement requires the government to “temporarily” waive export restrictions on Defense Distributed’s downloadable gun files. In order to do this legally, the Administration must get the concurrence of the Department of Defense and provide at least 30 days’ notice to Congress. The lawsuit will allege that there is no evidence either of those steps have happened, which violates the Administrative Procedure Act.
The lawsuit will also argue that the Trump Administration action is arbitrary and capricious, also in violation of the Administrative Procedure Act.
For example, there is no indication in the settlement agreement or elsewhere that any analysis, study, or determination was made by the government defendants in consultation with other agencies, before the federal government agreed to lift export controls on the downloadable guns. In fact, the agreement states that it “does not reflect any agreed-upon purpose other than the desire of the Parties to reach a full and final conclusion of the Action, and to resolve the Action without the time and expense of further litigation.”
The lawsuit will also argue that the settlement violates the Tenth Amendment by infringing on states’ rights to regulate firearms. New York and other states have measures in place meant to keep firearms out of the hands of dangerous individuals. That system is jeopardized by the Trump Administration’s action and will be undermined by the distribution of Defense Distributed’s downloadable plans.