Mystery Ship Found under WTC is Traced Back to 1770s

Four years after a mystery ship was unearthed at the site of the WTC during excavation, there are now answers to its age and origin. 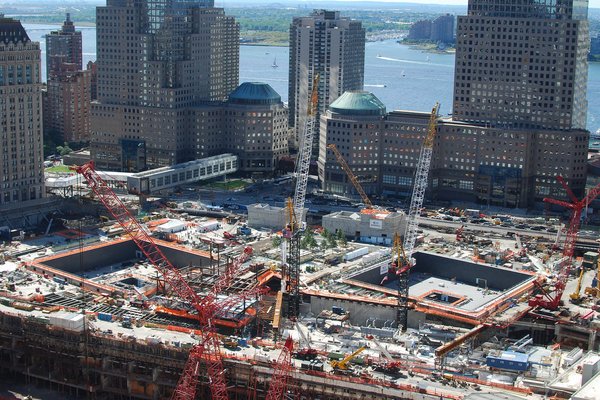 During the excavation of the former World Trade Center in 2010, an old ship was unearthed. At the time, workers were combing through the area.

Tree-ring scientists at Columbia University’s Lamont-Doherty Earth Observatory were among those asked to analyze its remains for clues about its age and origin. The group of scientists’ findings were recently published in the journal Tree Ring Research, tracing the vessel’s origin back to oak trees that were probably cut in 1773 or so – a few years before the war that determined America’s independence from Britain.

Wood samples analyzed link the ship’s wood to that used for Philadelphia’s Independence Hall. If you look at the growth rings still visible in the building’s timbers, it matches those from the ship, “suggesting that the wood used in both structures came from the same region,” according to a news release posted to Columbia University’s Lamont-Doherty Earth Observatory’s website.

It is believed that the ship was likely built in Philadelphia, a center for ship-building in Colonial times, and designed by the Dutch to carry passengers and cargo over shallow, rocky water. After approximately 20 to 30 years of service, the thinking is the ship sailed to its final resting place in lower Manhattan and eventually was buried by trash and other landfill.

The ship has been tentatively identified as a Hudson River Sloop.