Sergey Fattakhov, 23, of Bellmore attempted to or burglarized eight homes on Long Island in five weeks. Homes targeted were located in Bellmore, Merrick and Wantagh. 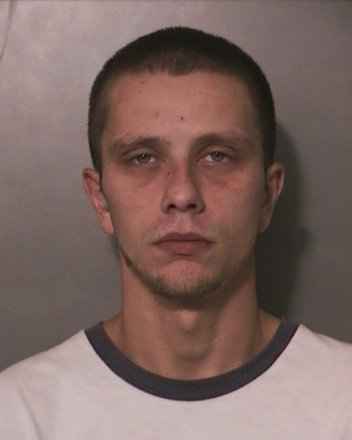 A man responsible for as many as eight home burglary attempts on Long Island in the past five weeks has been arrested by Nassau County police.

Sergey Fattakhov, 23, of Bellmore was arrested on Monday afternoon after his latest attempt to burglarize a home on Eastern Avenue in Bellmore. Some of the stolen items from the string of burglary attempts were found in his home, according to authorities.

Fattakhov attempted to or broke into homes in Bellmore, Merrick and Wantagh. He has been charged with eight counts of burglary.

In his first attempt on June 26, he tried to break into a home on Beech Street in Wantagh, but fled empty handed.

Between June 30 and July 2, he broke into a home on Centre Avenue in Bellmore and stole an iPad, iPod, cash and sports memorabilia photos.

On July 8, Fattakhov tried to break into another home in Wantagh, but was confronted by the homeowner and fled.

On July 23, he attempted to burglarize a home on South Hewlett Avenue in Merrick but was unsuccessful. That same day, he burglarized a home on Whaleneck Drive in Merrick and stole a gold necklace and diamond bracelet.

On July 25, he entered a home on Harvest Road in Wantagh and stole jewelry and a laptop. That same day, he also tried to burglarize a home on Tally Lane in Wantagh, but was unsuccessful.

In Fattakhov’s latest burglary attempt before his arrest on Monday, he entered a home located on Eastern Avenue in Bellmore where he stole a laptop, jewelry and cash.

Fattakhov is schedule to be arraigned today at First District Court in Hempstead.