Bernard Shore of Port Washington posted a Craigslist ad seeking a person to take the EMT certification test for him. 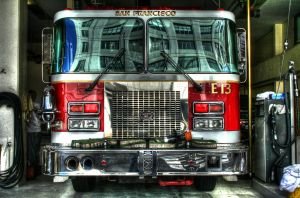 A Port Washington critical-care EMT, Bernard Shore, has been relieved of his duties and is under investigation by Nassau County prosecutors after an apparent scheme to cheat the state certification exam.

Shore, 64, posted an ad on Craigslist asking for an EMT-CC or paramedic above the age of 40 to take the exam for him, offering $400 in exchange for the service. A member of the Port Washington Volunteer Fire Department, he told an undercover NY Post reporter that he piloted a fire-rescue boat but suffered from scoliosis and consequently could not sit for an hours-long test.

“I am looking for a EMT-CC or Paramedic to take the state test for me. Must be a male age 40+ I will take care of the ID,” the classified read. “I am refreshing after 12 years and I have a disability that I [can’t] sit for 3-4 hours. I would do it myself if I could.”

To remain licensed in New York State, EMTs must take the certification administered by the Department of Health every three years.

After asking the reporter several questions from the 2013 Nassau County EMS Academy final exam—which were answered to his satisfaction—Shore produced a fake ID with his name and the reporter’s photo on it, an admittance card and $20 money order to cover the exam fee, a pair of No. 2 pencils to take the test, and $100 payment with the promise of $300 more to come after the certification was passed. Shore also provided a sample of his signature for the reporter to try to replicate.

Robert Kropacek, Chairman of the Port Washington Fire Department Board of Directors, said that Bernard had been relieved of his duties until further notice and that the department is “fully cooperating with any law-enforcement or administrative investigations.”

PWFD volunteer EMTs do not receive any pay, but are provided a 10% property tax exemption, life insurance, and a pension of up to $800 a month.