Tom Suozzi to throw his hat in the ring for Nassau County Executive. 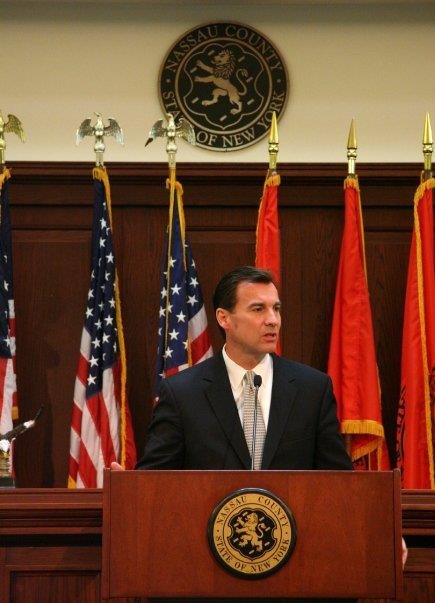 About three years after narrowly losing the race for Nassau County Executive, Tom Suozzi is back and itching to run again. The announcement was made via Suozzi’s official website, along with his social media outlets. In 2006, Suozzi lost election to Eliot Spitzer, and in 2009 conceded victory to Ed Mangano.

In his campaign video, Suozzi places an emphasis on “good schools, strong communities” and “an affordable place to raise a family.” Suozzi also lays the blame for young families’ inabilities to live on Long Island (and more specifically, Nassau County) at Mangano’s feet. “This isn’t about politics. This is about what kind of community we want to be.”

Suozzi’s pitch for “the ideal suburb” is an interesting approach in that it’s painfully obvious that such an impossibly high cost of living, Nassau (and Suffolk) are hardly “ideal” for young people, let alone young families. The former County Executive uses a personal anecdote to hammer home the concept, stating in a letter “For over three years Ed Mangano has presided over the decline of our County. I’ve seen the county taken over by a state agency. I’ve seen the county mismanaged from one man-made crisis after another and I’ve seen no one even talking about a vision for our future. That's why I am running for Nassau County Executive. We have to do better. We have to do better for our children, our grandchildren, and ourselves. And I know we can.”