17 recent schemes to defraud Nassau's Department of Social Services have been uncovered, saving the county more than $3.2 million. 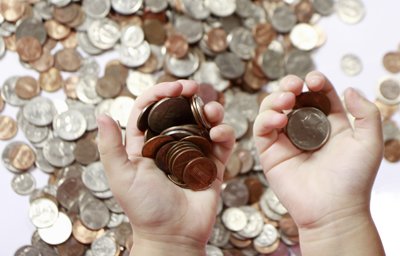 17 “elaborate schemes” to defraud the Nassau County Department of Social Services have been uncovered, saving the county millions of dollars since April 2011. In total, 55 people have been arrested in connection to various cases of fraud, and more arrests are expected as the investigations are ongoing.

Among the most common cases of fraud, lying about child care expenses, employment and income, and single-parent status appear to be the most popular means, and the trend among small business owners to report themselves as employees is becoming more frequent. The county offered highlights of some of the more unbelievable cases.
In one case, a 43-year-old nurse at a major Long Island hospital illegally qualified for over $110,000 in Medicaid, day care expenses and food stamps by submitting forged documentation and lying about her employment.  The nurse listed her own mother as a nanny, though she had no dependent children.
In another case, a 63-year-old man employed by a real estate company continued to collect Medicaid benefits totaling $4,233.  The man reported an income of $7,500 in 2011, and listed a community service organization as his employer, while actually earning over $64,000 from the real estate company.  The company specialized in finding apartments for DSS welfare recipients.
The CEO of a Manhattan greeting card store, with a combined household income of over $100,000 reported to DSS that he was just an employee there, despite owning the shop since 2010.  He qualified for $54,927 in assistance.
The DSS Day Care Eligibility Fraud program found that a 42-year-old woman lied about her income, marital status and work hours to qualify for $60,530 in day care benefits for over three years.  The woman co-owned the house in which she lived with her four daughters and their father, though she reported to not know where the man was.  Working as a physician’s assistant, the families income ranged from $141,00 to $216,00 annually, and the couple owned another two houses in Atlanta, Georgia.
Exactly what penalties and punishments will be dealt to those found guilty of fraud has not been announced, but County Executive Ed Mangano said, “Those who steal money from the neediest of our citizens will be caught, prosecuted and have jail time sought for the crime they commit.”
The county is embarking on a widespread investigation of day care fraud to reduce cases of misapplication of child care subsidies.  Working with the state’s Office of Children and Family Services, the county has launched a “groundbreaking” program to identify cases of fraud.
“Our DSS Investigators are using all the latest technological tools available to make sure no one gets away with cheating the public welfare system,” said DSS Commissioner John Imhof, who also says the county is currently investigating several new cases of possible fraud that have been reported by the public.  DSS Director of Investigations Scott Skrynecki is urging residents to report known cases of fraud by calling the county’s fraud hotline: 1-877-711-TIPS (8477).
Share your thoughts on this article by posting a comment below or by visiting our Long Island Living discussion forum.