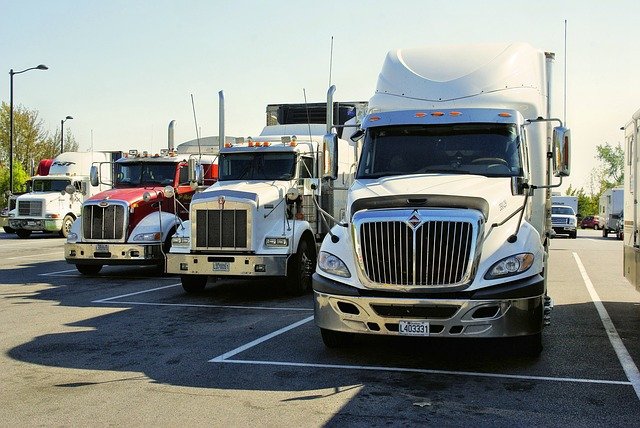 The "Glider Rule" for a year mandates that trucks outfitted with refurbished or rebuilt pre-2010 highly polluting engines meet the modern emissions.

New York, NY - July 20, 2018 - Attorney General Barbara D. Underwood – part of a coalition of 16 Attorneys General – today filed a lawsuit against the U.S. Environmental Protection Agency (EPA) over an order issued on former EPA Administrator Scott Pruitt’s final day in office, which effectively suspended the EPA’s 2016 Glider Rule for a year.
The Glider Rule mandates that most engines installed in “gliders” – new heavy-duty truck bodies outfitted with refurbished or rebuilt pre-2010 highly polluting engines – meet the same emissions standards applicable to all newly manufactured engines. Via a memorandum dated July 6, 2018, the EPA committed to take no action to enforce the Glider Rule’s annual manufacturing cap of 300 gliders per company. This cap is meant to protect our air from the excessive smog-forming and particulate-matter pollution emitted by outdated engines.
“Over and over again, the Trump EPA has sided with corporations over New Yorkers. Even on Scott Pruitt’s very last day in office, he made sure to provide polluters with a parting gift,” said Attorney General Underwood. “By removing limits on the production of super-polluting ‘glider’ trucks, the EPA is breaking the law and jeopardizing the health and safety of New Yorkers – who would face dangerous increases in air pollution and tens of millions of dollars in damages to their health. As we’ve shown, when the Trump administration refuses to protect our public health and environment, we’ll take them to court – and we’ll win.”
On July 13, 2018, a coalition of Attorneys General demanded that the EPA immediately withdraw its order suspending the Glider Rule. Because the EPA failed to act, the coalition filed today’s lawsuit and an emergency motion asking the court to promptly overturn the EPA’s order or halt the order’s effect until the court can rule on the merits of the lawsuit.
The action taken on former Administrator Pruitt’s last day will allow the sale of trucks that produce 20 to 40 times more emissions of hazardous pollutants than new, more fuel efficient trucks. These high-polluting trucks are linked to asthma, low birth weight, infant mortality, and lung cancer. The EPA itself has estimated that adding 10,000 gliders with non-compliant engines onto our roads in a single year could result in up to 1,600 premature deaths, 415,000 tons of additional nitrogen oxide emissions, and 6,800 tons of additional particulate matter emissions.
New York State Department of Environmental Conservation (DEC) Commissioner Basil Seggos said, “Directed by Governor Cuomo, New York will not sit on our hands while the federal government dismantles protections for the air we breathe. This is yet another proposal from Trump’s EPA to roll back environmental protections to benefit polluters at the cost of public health. With today’s action, New York is joining with other states to do what’s necessary to reduce air pollution. I urge all states to follow our lead to protect communities from environmental harm.”
In New York and across the country, the rest of the trucking industry has already made substantial investments to comply with stringent emissions standards; suspending the rule would also create an uneven playing field for trucking companies forced to compete against unregulated, high-polluting glider manufacturers who avoid such investments.
The Environmental Defense Fund, Center for Biological Diversity and Sierra Club have filed a separate lawsuit against the EPA on this matter. Yesterday, the D.C. Circuit Court of Appeals ruled in favor of these environmental groups and granted an administrative stay, which means that the order issued on former EPA Administrator Pruitt’s final day in office will be temporarily blocked until both parties – the environmental groups and the EPA – complete their briefing on the environmental groups’ emergency motion. The coalition of Attorneys General is filing its own lawsuit due to the irreparable harm that the states and their citizens would suffer if the EPA’s order were allowed to stand.
The suit was filed by the Attorneys General of California, Delaware, Illinois, Maine, Maryland, Massachusetts, New Jersey, New York, New Mexico, North Carolina, Oregon, Pennsylvania, Rhode Island, Vermont, Washington, and the District of Columbia. The California Air Resources Board, Minnesota Pollution Control Agency, and Pennsylvania Department of Environmental Protection are also part of the coalition.
A copy of the petition for review can be found here.