Three Places We Used to Race Motorcars on Long Island

At one point in time Long Island was home to around 40 racetracks. 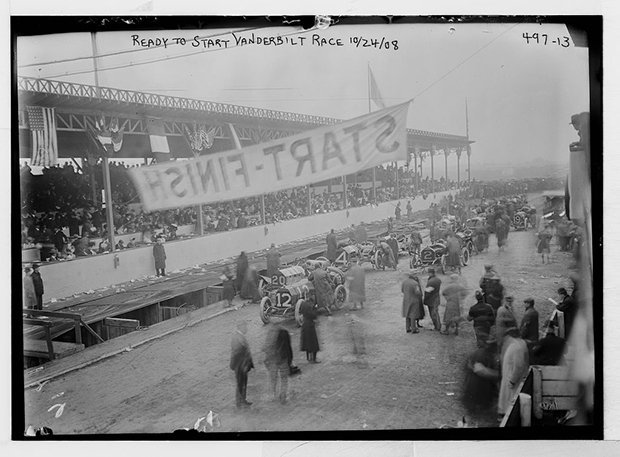 Long Island wasn’t always known for its traffic and its (so-called) expressway wasn't just known as the “world’s longest parking lot.” At one time, Long island was known for speed! And not just as the cradle of aviation, although we are also known for soaring in the sky.

No, Long Island was a mecca for gearheads dating back to the earliest days of the automobile and of race car driving. So sit back, strap on that seat belt, and let’s go for a ride down memory lane to learn about the five places where we used to race motorcars on Long Island.

At the turn of the 20th century, the Long Island Motor Parkway was built not for commerce or for the average Joe to get to work. It was built as a racetrack for automobiles (no horses allowed), the first parkway created for such a purpose. This wasn’;t merely for sport either. The Long Island Motor Parkway was made for American car makers to challenge the superior European automobile industry; the brainchild of William K. Vanderbilt Jr. - who was the heir to a railroad fortune and also a pioneer race car driver.

“It has been the dream of every motorist to own a perfect car and to have a road without speed limit,” Vanderbilt is quoted as saying. “There is to be constructed a private right of way through the center of Long Island in an easterly direction from the city limits, a highway to be built on a 100 foot right of way and having an approximate width of 50 feet.”

The road was completed in 1908 and hosted the William K. Vanderbilt Jr. Cup Race until 1910.

Opened in 1947, Islip Speedway was an oval track that measured a bit under a quarter-mile (two tenths of a mile to be exact). It was famous for being the shortest track to ever host the NASCAR Grand National Series. Big dogs of racing like Richard Petty took victory laps there.

Islip Speedway might be most famous as “the birthplace of the demolition derby.” That’s right! As the legend goes, the exciting car smashup was supposedly organized and promoted first by race track owner Larry Mendelsohn in 1958, even if the origins are somewhat disputed. Islip Speedway also became known for its Figure 8 course.The Figure 8 races and demolition derbies were recorded for ABC's Wide World of Sports bringing international attention to the speedway.

Islip Speedway closed in 1984. One of the reasons is that NASCAR evolved and new sponsorship deemed that races be a minimum of 250 miles, essentially eliminating Islip Speedway’s short track.

A local affair that started at the turn of the 20th century and became known for a Thanksgiving Day race in 1924 (the same day of the inaugural Macy’s Thanksgiving Day Parade), the Port Jefferson Hill Climb saw early automobiles make the steep drive up East Broadway from the village to the intersection at Cliff Road in Belle Terre. Today, this hill is traversed by cars and trucks all the time, but back in the day it was quite an entertaining feat. The average car engine in the 1920s produced about 25 horsepower. The hill climb was staged pretty regularly from the 1910s up to modern times, when people recreated the event, according to an article in The Port Times Record.