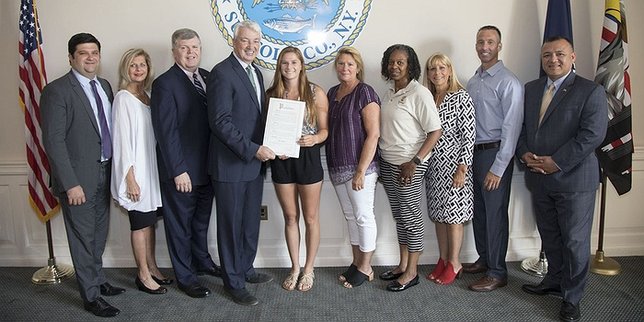 Babylon, NY - July 11, 2018 - NYS Senator Phil Boyle was on hand with a proclamation as Babylon Town Officials honored Babylon resident, Samantha “Sam” Apuzzo, on being named the top female college lacrosse player in the Country.
A three-year starter at Boston College, Apuzzo is the first BC Eagle to win the award in the history of the schools women’s lacrosse program. Sam led Boston College to an undefeated regular season and their second consecutive NCAA Championship appearance.  Sam is the third in the nation in scoring and points scored, has 273 career points and, is well on her way to becoming Boston College’s all-time leader in goals scored. 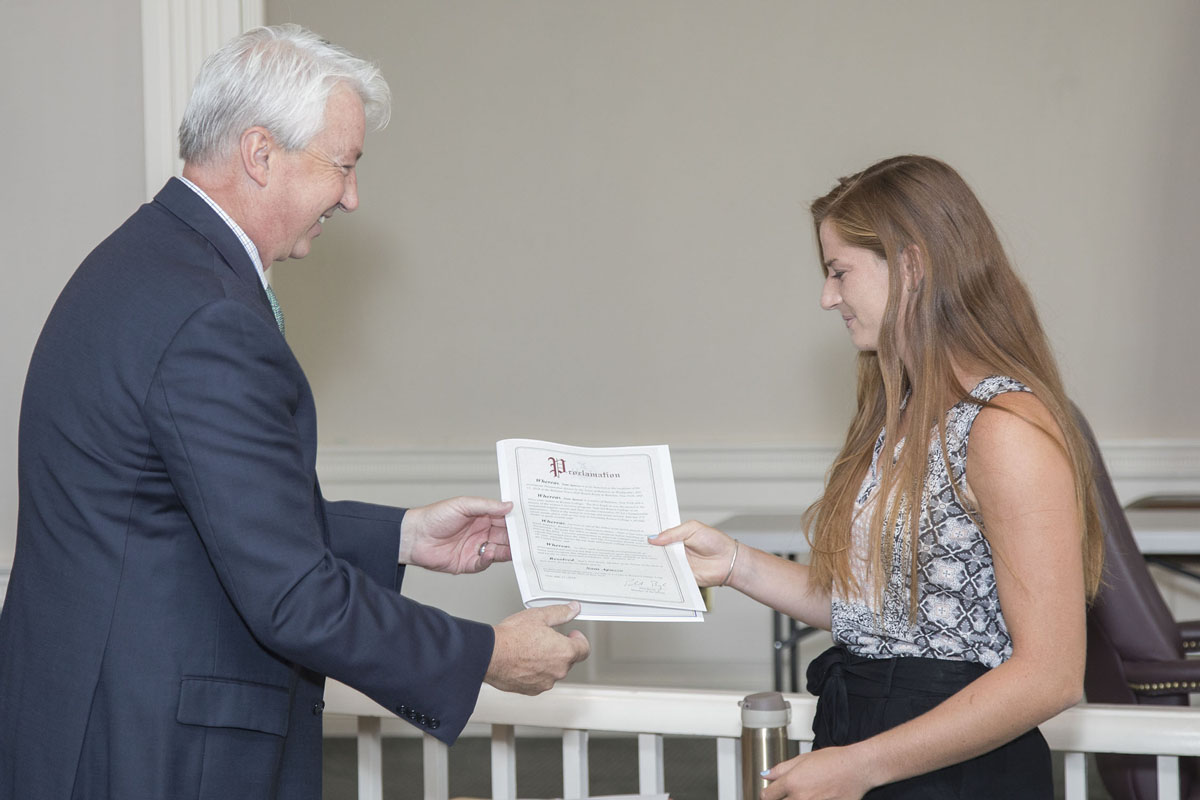 NYS Senator Phil Boyle presented a proclamation to Babylon resident Samantha “Sam” Apuzzo. Photo Credit: Office of Senator Phil Boyle
Lacrosse, rooted in Native American tradition, is one of the oldest team sports in North America.  Once called Tewaaraton, the game has taken many variations before reaching its present day form. Lacrosse participation in American colleges and high schools has surged since the 1960s, and The Tewaaraton Award, now in its 18th year, is annually bestowed upon the top male and female college lacrosse player in the United States.  In essence, the Heisman Trophy of college lacrosse!
“So often, such outstanding accomplishments as Samantha’s go unrecognized and unrewarded,” said Senator Phil Boyle. “I am proud to be a part of and stand with a community that honors and recognizes unique achievements such as hers.  Sam is a fine example of the type of success you can obtain by being dedicated and loyal to one’s sport and academics. We all share in the pride that her family and the entire community has for receiving the prestigious Tewaaraton Award.”