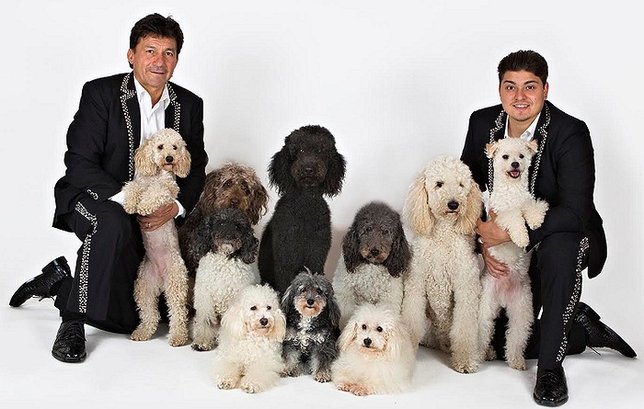 Taylor Dayne stands out as one of music’s most dynamic artists of all time. Her unique vocal style has earned her numerous best-selling gold and platinum albums, which produced seventeen Top 20 singles, among them number one hits such as “Tell It To My Heart,” “Love Will Lead You Back” and “Prove Your Love To Me.” During the course of her career, Taylor has sold more than 75 million albums and singles worldwide, garnered three GRAMMY nominations and appeared in many film, television, and Broadway stage roles such as Elton John’s, Aida.

After signing a recording contract with Columbia Records, Eddie Money burst onto the scene with his eponymous debut album in 1977. Fans immediately fell in love with Money’s sound, and the album, which went double platinum, featured hits like “Baby Hold On” and “Two Tickets to Paradise.” Money followed the success of his debut album with a stream of Top 40 hits, as well as some of the era’s most creative videos for songs like “Think I’m in Love” and “Shakin.” In 1986, Money released Can’t Hold Back, which featured the classic, Grammy-Nominated duet with Ronnie Spector, “Take Me Home Tonight.” The song reached number 4 on the Billboard Hot 100. The album went platinum and also featured the hit “I Wanna Go Back.”

Much of the Nassau County Parks Department programming for July, August and September is funded through the Nassau County Hotel/Motel Proceeds Grant. These funds are made available to us through proceeds from taxes on hotel and motel rooms in Nassau County. Since 2006, Nassau County has received over ten million dollars from this grant, and it has assisted in historic building restoration and other cultural enhancements.

The concert is free of charge and will take place at the Harry Chapin Lakeside Theatre, near Parking Fields 6 and 6A. Special accommodations are available for persons with disabilities, including reserved parking, accessible restrooms, and a convenient reserved location on the hill. Assistive hearing devices will be available free of charge for the hearing impaired. There is no formal seating at Lakeside, so concertgoers are urged to bring folding chairs or blankets. If weather conditions are doubtful, call (516) 572-0200 after 6:30 p.m. for updated performance information.

Eisenhower Park is located in East Meadow, with entrances on Hempstead Turnpike at East Meadow Avenue and at the intersection of Stewart and Merrick Avenues. For further information, please call the Nassau County Parks, Recreation and Museums Department at: (516) 572-0200, or visit the website.