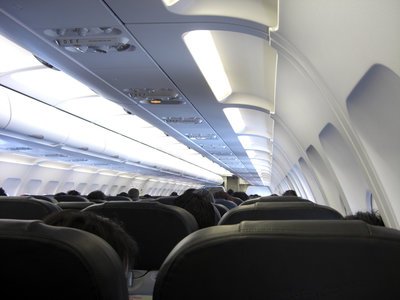 Two were pronounced dead and 181 injured in a crash at San Francisco International airport. The Asiana Airlines flight departed Incheon International Airport in Seoul, South Korea and crashed at 11:28 am. Five of the passengers are in serious condition at San Francisco General Hospital. Many had fractures and abrasions and were released from the hospital Saturday.

There were 291 total passengers made up of the flight crew and Japanese, Chinese, American, and Korean citizens. Passengers escaped from the inflatable sides as it caught fire. San Francisco Fire Chief Joanne Hayes turned the investigation to the FBI  and has ruled out terrorism. The actual reason for the crash is still unknown.

The YouTube footage at the bottom of the article shows smoke puffing from the plane as it begins to burn. Aerial shots of the wreckage shows the fire burnt through the roof and left two big holes. The tail was completed dislocated from the plane with little pieces of it scattered on the runway. David Eun, a Samsung executive, was on the plane and was the first to tweet footage of the wreckage he escaped.

One of the passengers, Vedpa Singh, who suffered a fractured collarbone says the crash was all over in ten seconds. Investigators are working with the FAA, the Boeing’s manufacturer, and the Korean Air and Accident Investigation Board, to sift through the air-traffic control records, weather, cockpit date recorders, and aircraft maintenance issues.

The airport diverted several incoming flights while two of the four runways have since reopened after being closed for a few hours. This was the first fatal crash of a commercial airline in the United States in four years since February 2009.