The Knicks blew out two teams, the Islanders were blown away at the last moment, and the Rangers won a close one. 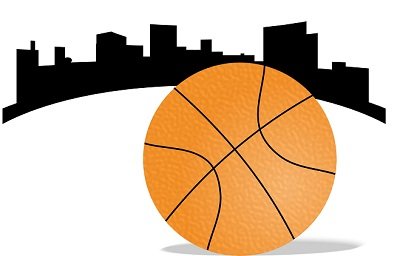 Knicks Win Fifth in a Row

When New York Played Sacramento for the first of two games this season they lost by a single point after mounting a second half comeback that fell just short of victory. On that December day, the Knicks were still without Amar’e Stoudemire and Carmelo Anthony was nursing an injury of his own.

Saturday’s matchup was a little different. The Knicks led by a modest three points after a quarter of play, and then went to work humiliating the Kings. A 31-11 second quarter was followed by an equally dominant 41-19 third. The 45 point lead was evidently reason enough for New York to take it easy in the fourth, but they still ended the game in a 120-81 blowout.

Most of the work was done by the Knicks’ bench, with JR Smith’s 25 points leading the team. Stoudemire backed him up with a season high 21 through 20 minutes of play, and Steve Novak had 15. Kurt Thomas and Tyson Chandler both put up 11, with Chandler also snatching 20 rebounds. Anthony had his least productive game in recent memory, scoring only 9 in 27 minutes.

Chandler and Stoudemire picked up right where they left off when the Pistons came to MSG last night. The Knicks already defeated Detroit with ease twice this season—once in the US, once in London—and yesterday’s game hardly looked any more challenging.

The Knicks shot out to a 28-13 lead in the first quarter, then put the game in cruise control to hold the Pistons at arm’s length for the rest of the night. Despite being outscored in the second half, New York still came out winning 99-85.

Stoudemire had 20 points in 28 minutes and Chandler, for the third straight night, grabbed 20 rebounds. He is the first Knick to do so since Willis Reed in 1969. Smith scored 16 and Anthony looked much more like his normal self, scoring 27 on the night.

The Knicks, who remain half a game behind Miami in the NBA’s East, play the Wizards at 7 PM tomorrow.

The Rangers have had a shaky start to the season; every time they manage to climb back to a .500 record they lose the following game, unable to build any sort of momentum. The Lightning, on the other hand, entered their game against New York with a five game win streak.

After a scoreless first, Tampa Bay looked to be the hotter team, scoring early in the second, but Derek Stepan tied things up midway through the period.

Rick Nash (for whom the Rangers have high hopes, despite only scoring one goal before this game) gave New York the go-ahead with his second goal of the year three minutes into the final period, and Hagelin padded the lead eleven minutes later.

Tampa did slip one last goal past Biron, who relieved Lundqvist for the night, but it was too little too late. Biron blocked 30 of 32 shots, and the Rangers won 3-2.

The Islanders had their own run-in with the Devils just before the Super Bowl on Sunday. Having beaten New Jersey in overtime to tie for first place in the division during their last meeting, the Islanders hoped to win a more decisive victory and move ahead in the rankings. Unfortunately, that task would prove much easier said than done.

New York’s defense was stalwart, allowing not one goal to get past them for the first two periods, but the Devils were just as tough. In fact, with only four minutes left in the game neither team had mustered a single goal. Brian Strait was, however, called for charging which gave Jersey the advantage of a late-game power play.

Bernier smacked the puck past Nabokov to break the 0-0 tie, and came around again a minute later to put the Islanders down 0-2. Nabokov, who blocked 24 of 26 shots, came out of the goal shortly thereafter, but one of hockey’s most desperate tactics backfired, ending the game in a 0-3 loss for New York.

The Islanders will play the Penguins, who now lead the Atlantic, today at 7 PM.