Last year on July 4th, three children were killed as a result of drowning when a yacht capsized. A report was released this week indicating the cause of the boat capsizing to be overcrowding. 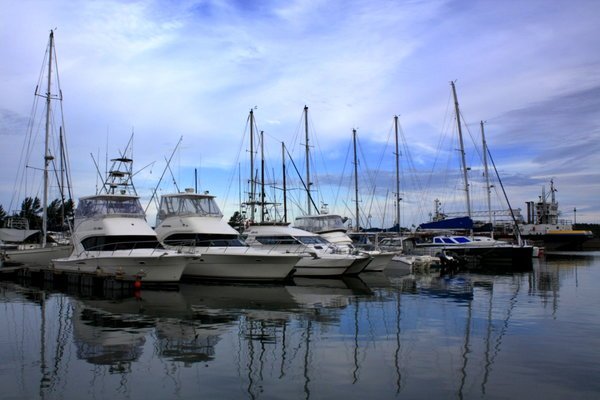 One year later, the cause of the 34-foot yacht that capsized in Oyster Bay on July 4th after taking off for a fireworks show has been revealed to be overcrowding, according a New York prosecutor in a released report.

The incident left three children dead after it tipped over shortly after 10 p.m. and sank. There were 17 adults and 10 children aboard the yacht during the incident.

The three children that died were ages 7, 11 and 12. They were trapped inside the cabin as the boat sank. Rescue efforts were made by two adults aboard the yacht, but as the vessel filled with water, it got dark and they were separated.

The report included findings from Neil Gallagher, a professor of marine engineering and naval architecture at Webb Institute in Glen Cove, indicating the accident “was very likely to have occurred given the loading,” according to reporting from AP.

Neither the boat owner nor the person operating the vessel was found to be intoxicated.

There are also no federal boating regulations requiring a capacity limit for vessels 20 feet and longer; rather, capacity limits are set on boats 20 feet or smaller.

A spokeswoman for the U.S. Coast Guard also indicates there have not been enough capsizing accidents involving boats 20 feet and longer during annual reviews to justify a rule requiring limits for them.

The attorney for the boat owner, who’s also the father and uncle to two of the victims that died that day indicates, “There may have been a lot of people on that boat, but there was seating for over 14 and standing room for many more. It’s a tragic accident but no one felt crowded on the boat; no one complained.”

The father of the youngest victim from this incident released a statement through his attorney stating: “I just hope that Victoria’s memory can serve as a reminder to all boaters to be more cautious, and remember that there are many lives at stake. This tragedy should be a wakeup call to all legislators to enact stricter boating safety rules.”

In the report, Rice has called for a review of policy and change in state laws regarding drunken boating, expanded boater safety regulations and training and safety inspections for boats as seen similarly with requirements for motor vehicles.