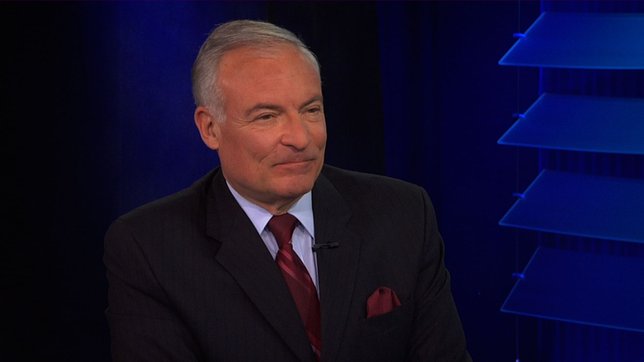 Long Island, New York - February 2012 - WLIW21 continues its commitment to presenting the issues most important to the Long Island community with Long Island Business Report premiering on Wednesday, January 2, 2013 at 7:00 p.m.  The weekly half-hour program airs Wednesdays at 7:00 p.m., Thursdays at 11:30 p.m., and Sunday at 9:30 a.m. on WLIW21, and will be available to viewers online on WLIW21 Video after the broadcast.

Taped at Molloy College, the program provides an in-depth look at what needs to be done to make Long Island a more dynamic place to live and work by exploring the economic and business trends that impact the people of Nassau and Suffolk counties. Each week Emmy-winning journalist Jim Paymar interviews area business leaders and industry experts, discussing what is driving the economy and what is expected of Long Island going forward.

“I have lived on Long Island for more than twenty years and share the same concerns as my neighbors,” says Paymar. “The Long Island Business Report addresses crucial issues that directly impact the nearly three million residents who call Long Island home. We bring together top industry and government leaders, educators and entrepreneurs to discuss areas of concern to keep Long Island competitive and growing. In the recent aftermath of Superstorm Sandy and its devastating impact on businesses and residential neighborhoods, it’s important we provide a forum for ideas and solutions to ensure that Long Island continues to thrive.”

“We are extremely pleased to welcome Long Island Business Report to WLIW21’s roster,” says John Servidio, Executive-in-Charge of Production. “The series is another prime example of the WLIW21’s continued commitment of service to the Long Island community, while further enriching the station’s programming.”

The premiere episode spotlights Mark Lesko, executive director of the Accelerate Long Island project, and Mark Fasciano, entrepreneur and managing director of Canrock Ventures, as they discuss the next generation of business on Long Island.

Long Island Business Report is a production of Paymar Communications Group and WLIW21 in association with WNET.

WNET is the parent company of THIRTEEN and WLIW21, New York’s public television stations and operator of NJTV. For nearly 50 years, WNET has been producing and broadcasting national and local documentaries and other programs for the New York community.

Long Island Business Report is made possible by Charlotte and David Ackert and The Rauch Foundation.

About WNET
In 2013, WNET is celebrating the 50th Anniversary of THIRTEEN, New York’s flagship public media provider. As the parent company of THIRTEEN and WLIW21 and the operator of NJTV, WNET brings quality arts, education and public affairs programming to over 5 million viewers each week. WNET produces and presents such acclaimed PBS series as Nature, Great Performances, American Masters, Need to Know, Charlie Rose and a range of documentaries, children’s programs, and local news and cultural offerings available on air and online. Pioneers in educational programming, WNET has created such groundbreaking series as Get the Math, Oh Noah!  and Cyberchase and provides tools for educators that bring compelling content to life in the classroom and at home. WNET highlights the tri-state’s unique culture and diverse communities through NYC-ARTS, Reel 13, NJ Today and, MetroFocus, the multi-platform news magazine focusing on the New York region.