Stony Brook students will join a team of researchers in operating a high-resolution mobile Doppler to learn more about how thunderstorms and sea breezes develop and change. 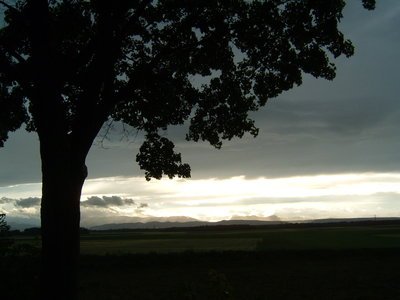 Though no major storms are forecasted to hit Long Island, SUNY Stony Brook students are getting a chance to be storm chasers for small-scale weather phenomena this summer thanks to funding from the National Science Foundation.

Stony Brook University professors and students will be teaming up with the National Weather Service (NWS) and the Center for Severe Weather Research to host and participate in the DREAMS (Doppler Radar for Education And Mesoscale Studies) project.  The project, which is funded by the National Science Foundation, will focus on how thunderstorms evolve, as well as how sea breezes develop over the North and South Shores of Long Island, and other local weather phenomena.

To study such weather patterns, Dr. Brian Colle, a professor in the School of Marine and Atmospheric Sciences, has arranged to borrow a large mobile Doppler, known as Doppler on Wheels 6 (DOW 6).  DOW 6 is a truck equipped with Dopper weather radar, as well as various weather instruments for collecting data.

Dr. Colle will be leading the expedition with his Coastal Mereorology and Atmospheric Prediction group, 15-20 Stony Brook undergraduate atmospheric students, some NWS forecasters who work out of Brookhaven National Laboratory, and several students and professors from Nassau Community College.

Colle’s project marks the first time that high-resolution Doppler radar can be used up close to be used right in the midst of Long Island’s weather phenomena.

"Students have the opportunity to operate the Doppler radar, launch weather balloons, deploy a weather instrument pod in the field, take weather observations with their vehicles and help with daily weather briefings for field operations," said Professor Colle.

The DREAMS project team will be operating the DOW 6 in order to measure the “change in thunderstorm winds and precipitation intensity near the coast, the depth and inland movement and speed of the sea breeze, and how a strong low-level jet called the New York Bight Jet develops near the south shore of New York City due to the strong regional temperature gradients between the sea and land, and the small-scale precipitation structures associated with flooding rains,” according to the university press release.

The students and researchers will be collecting data at state parks and beaches including Smith Point County Park, Jones Beach State Park, Sunken Meadow State Park, Jacob Riis Park near the Rockaways, Cedar Beach in Mount Sinai, and the EPCAL site in Riverhead.

"This field project provides students an excellent opportunity to learn how a Doppler radar works,” said Professor Colle. “At the same time it provides a unique hands-on research opportunity on how different weather phenomena evolve around Long Island and New York City.”