Steven Speilberg created the summer blockbuster with his shark tale. 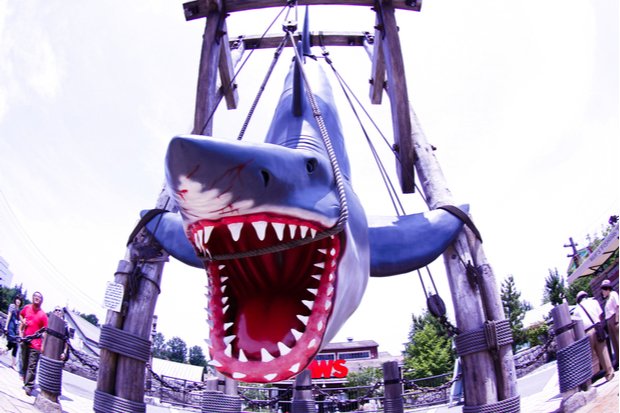 Oft quoted (You’re gonna need a bigger boat) and loved (and hated) by many movie goers, Jaws was released in 1975 and is considered the first summer blockbuster, the first to earn $100 million at the box office. It’s even in the Guiness Book of World’s Records.

It also made millions of people squeamish about going into the ocean.

Based on the book by Peter Benchley, the author had become interested in the exploits of Frank Mundus, the infamous shark fisherman out of Montauk and all around man’s man who inspired the character of Quint.

Mundus once brought in a massive and record-breaking 4,500 pound great white. Mundus later said he regretted the outrageous way he glorified shark hunting.

Benchley set the story in the fictional town of Amity on good ol’ Long Island. While many say the story takes place in Martha’s Vinyard, the debate has not been settled.

The movie is gaining a resurgence, not only because of the anniversary of its release. Drive-in movies popping up all over the Island are featuring a showing of Jaws.