Commits to Next Phase of Infrastructure Program to Build a New New York and Create Middle Class Jobs. 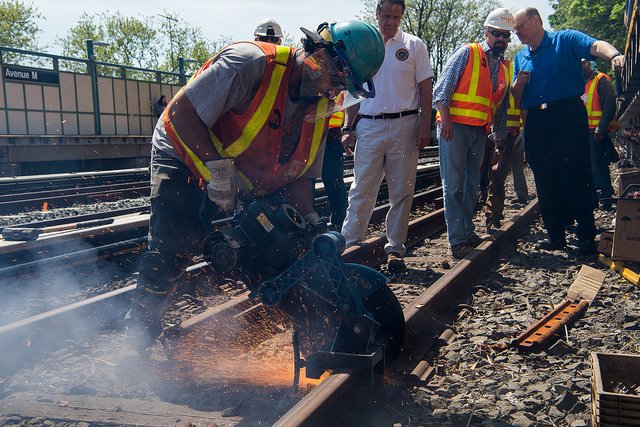 Albany, NY - May 10, 2018 - Governor Andrew M. Cuomo today proposed an additional $125 billion investment in infrastructure over the next five years, committing to the next phase of his infrastructure program to build a new New York and create middle class jobs. The proposal builds on the Governor's record $100 billion infrastructure initiative. The new investment will include state and federal funding and leverage additional private sector capital.
"From building bridges to revitalizing our subway and rail systems, we have invested more in our infrastructure than any other administration, and now we must take the next step forward with an additional $125 billion commitment," Governor Cuomo said. "These efforts will improve travel and transportation, strengthen regional economies and increase our state's competitiveness, and make New York stronger and more resilient for future generations."
The bold program will rebuild and reimagine the state's infrastructure, with investments in roads and bridges, mass transit and the historic modernization of the MTA, affordable housing and homelessness, state colleges and universities, clean water infrastructure, health care infrastructure, State Parks and other projects that support the future of communities across New York.
Since he took office, the Governor has committed to rebuilding the state's infrastructure while maintaining affordable and responsible debt levels. Today, the state has less debt than when the Governor took office, and the next phase of his record commitment to building a new New York will remain within the state's statutory debt limit.
The current $100 billion infrastructure plan supports the creation of approximately 450,000 jobs and includes: