These movies have Long Island or Long Islanders set firmly as their centerpiece. 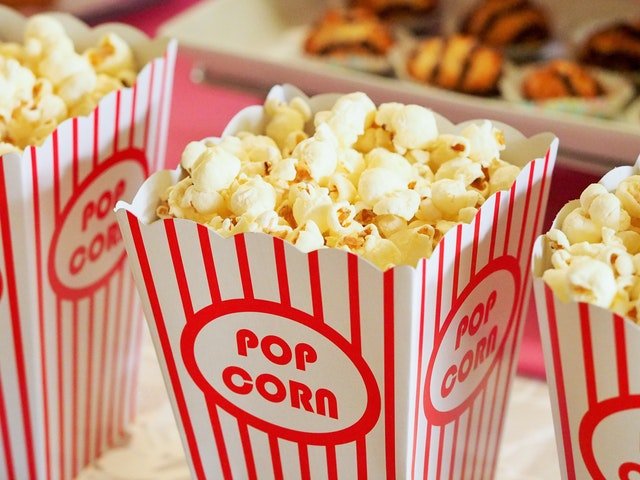 Grab the popcorn! We found these 12 movies that were not only filmed on Long Island, but they made Long Island the setting of the story. Many are either biographies about Long Islanders or written or directed (or both!) by native Long Islanders.

Amazingly, half of the below films about Long Island get a greater than 80% rating on the movie review site Rotten Tomatoes (that's good), two got close to perfect (that's amazing!). Movies range from comedy and horror to scifi and biopic. Our list is ordered by each movie's Rotten Tomatoes rating (from worst to first).

While not all are blockbusters, we can safely say that each and every one is eminently watchable and has a special place in our hearts. What's your favorite?

Written by Long Island novelist, Susan Issacs, whose books are also based on Long Island, this 1987 movie tells the story of a suburban housewife who dies and is brought back to life through a spell cast by her sister. Shelley Long stars as the dead housewife who must find love before she is sent back to the grave. The movie has an 11% critic score on Rotten Tomatoes. Back in the day, Roget Ebert only gave it two stars.

I mean, of course we had to include this movie. It stars James Brolin and Margot Kidder. Sitting at 28% critic rating, this horror classic about the Lutz family’s supposed real-life experiences in their notorious Amityville home. In 1979, The Washington Post panned the film saying “The Amityville Horror is a horror. What is supposed to be the true story of a young couple driven from their dream house by demons turns out to be nothing more than a rip-off, and a tedious one at that.” Despite the bad reviews this horror flick has had staying power. It has a place in pop culture and people used to flock to see the real home in Amityville. There were sequels and a 2005 remake.

A story about a feud between two air traffic controllers (Billy Bob Thornton and John Cusack) at Westbury’s Terminal Radar Approach Control (TRACON) radar facility. Billed as a comedy-drama, this 1999 film centers around the air traffic controllers' lives both at work and out of work. Roger Ebert gave it three stars and said “John Cusack and Billy Bob Thornton take hold of a scene and shake it awake and make it live.” It has a 48% rating on Rotten Tomatoes. Also stars Angelina Jolie. She and Thornton became an item after meeting on set.

This 1985 movie was also written by Susan Issacs and preceded Hello Again. It was adapted from Issacs' novel of the same name. The movie stars Susan Sarandon and Raúl Juliá. According to Rotten Toatoes (where it currently has a 53% critic rating) the plot involves an ex-Newsday reporter and Long Island housewife who tries to escape her deadening suburban life by trying to solve the murder of a philandering local dentist. TV Guide called it “a lightweight but most enjoyable comedy-mystery.”

This screwball comedy that was typical of the 1980s stars Andrew McCarthy and Jonathan Silverman as employees who pretend their dead boss is still alive while spending a weekend at his summer home in the Hamptons. The movie has a 53% rating on Rotten Tomatoes. At the time, The Hollywood Reporter said, “Bernie's is good old, knock-down slapstick with just the right dose of cruelty thrown in.”

Jennifer Lawrence stars as real-life Long Island inventor, Joy Mangano, who created the Miracle Mop and found success on QVC. The Associated Press said in its review, “Despite the convoluted family dynamics and less-than-successful use of the show-within-a-show trope, Lawrence makes Joy easy to believe and easy to root for, no matter what she's selling.” It holds a 60% rating on Rotten Tomatoes.

Ed Harris stars as Jackson Pollack in this 2000 biopic about the abstract painter and his tumultuous life. Harris also directed the film. Pollack and his wife, artist Lee Krasner, lived in Springs where the film was shot in their actual home, now preserved as the Pollock-Krasner House and Study Center. It has an 81% rating on Rotten Tomatoes.  The BBC described the film as a “highly personal, rigorous, and thoughtful analysis of a truly troubled genius.”

Released in 2001, this movie is about Howie, a troubled teenage boy who lost his mother to a car accident on the Long Island Expressway and finds friendship in a homeless street kid named Gary. Gary takes Howie on a dark journey in this controversial film. Newsweek called it a “a striking, unnerving coming-of-age film.” It has an 83% Rotten Tomatoes critic rating.

Born on the Fourth of July

Based on the autobiography of Massapequa’s Ron Kovic, this 1989 Oliver Stone film stars Tom Cruise as the young all-American Vietnam Veteran and depicts his troubles after he returns home from the war paralysed, disillusioned, and disenchanted. Variety said that “Tom Cruise, who takes Kovic from clean-cut eager teen to impassioned long-haired activist, is stunning.” The movie has an 89% rating on Rotten Tomatoes.

Eternal Sunshine of the Spotless Mind

A 2004 science fiction love story stars Jim Carrey and Kate Winslet as a couple who have the memories of each other erased. Much of the plot is centered around the couple meeting and interacting on a LIRR train and in Montauk. The movie won the Academy Award for Best Original Screenplay. It has a 93% rating on Rotten Tomatoes. Slate’s David Edelstein said it was the “best movie I've seen in a decade. For once it's no hyperbole to say, 'Unforgettable!'”

Written, directed, produced, and starring Edward Burns, this 1995 film follows the lives of three Irish Catholic Long Island brothers. The movie was shot in Burns’ real life family home in Valley Stream. According to Rotten Tomatoes, the independent film was shot on weekends over an eight-month period with practically no budget. It won the Grand Jury Prize at the Sundance Film Festival. It has a 98% critic rating on Rotten Tomatoes.

Not set on Long Island? Think again. The novel that the movie is based on sets the story in a fictional town named Amity on Long Island and one of the main characters is based on Montauk shark fisherman Frank Mundus. While many say the story takes place in Martha’s Vinyard, the debate has not been settled. Newsweek said of the 1975 movie, “Jaws is a grisly film, often ugly as sin, which achieves precisely what it set out to accomplish-scare the hell out of you.” It also has an astonishing 98% rating on Rotten Tomatoes. We claim this one for our own!