In order to help city residents and commuters stay connected, NYC will be setting up eco-friendly charging spots to keep their phones running all day. 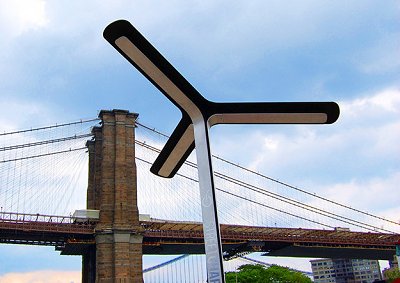 Many a smartphone user can attest that a after a day of heavy use most phones are running on empty. It is not uncommon to find oneself reaching for a micro USB cable or iPhone docking station in the middle of the day, hoping to get enough juice to last a few more hours. This is more of a nuisance than an actual problem when at home or in an office where electricity and outlets abound, but when traveling for extended periods or taking a night out on the town it can be difficult to get a full day’s use out of the average phone.

Long Islanders who commute to the city, whether for work or simply for fun, will be happy then to know that New York has partnered with Goal Zero, Pensa, and AT&T to deploy free, public charging stations throughout the five boroughs. Dubbed “AT&T Street Charge,” the partnership will work to construct solar powered chargers at multiple locations across New York City so that people in need of a little extra power can plug in their phones and tablets.

In what will hopefully prove only the beginning of a growing trend, 25 charging units will be rolled out over the course of the summer. Manhattan has already seen the introduction of Street Charge at Riverside Park and Union Square, and will have more stations deployed at Rumsey Playfield, Husdon River Park, and Randall’s Island. The stations use a system of three monocrystaline solar panels to charge large internal batteries, allowing them to store enough energy to offer a power boost to mobile devices even at night or in the shade.

“Thanks to AT&T, more New Yorkers will have improved connectivity and access to the wireless technology that has become such an important part of our daily lives,” said Mayor Bloomberg. “After Hurricane Sandy, I asked our private sector partners to step up and help improve the resiliency of New York City. AT&T is doing just that, and we're grateful for their efforts.”

“Nearly half of all Americans own a smartphone and the amount of time we spend on handheld devices has increased dramatically,” said President and CEO of Goal Zero Joe Atkin. “All too often, we hear the dreaded low-battery beep and it happens at the most inconvenient times. Street Charge will fix that.”