Gov. Cuomo announced his support for New York’s alcohol producers at the state’s first Beer, Wine and Spirits Summit held on Wednesday.  At the summit, Gov. Cuomo discussed details on a new $1 million advertising campaigns to promote the industry within the state.  Efforts to connect agricultural producers of grapes, hops, barley and other core ingredients with distilleries, and in turn, to connect the producers with New York hotels, restaurants, bars and other distributors was also a major feature of the Summit. 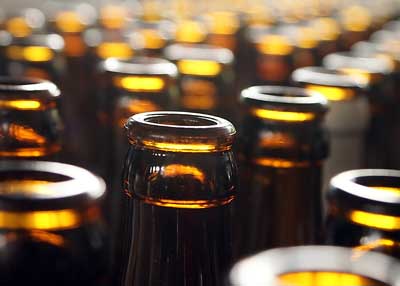 "New York's vibrant beer, wine, cider and spirits industry supports thousands of jobs across the state and is a major driver of tourism in many communities,” Cuomo said on Wednesday.  “The important discussion held at this summit and key reforms that resulted continue our work as an entrepreneurial government to partner with the private sector to help key industries thrive and prosper."
More than 450 distilleries, wineries, breweries and cideries are currently operating in New York, and the number continues to grow each year.  These companies represent approximately $22 billion of the state’s annual economy.
Besides utilizing local produce, these companies are important drivers in the state’s tourism industry, particularly in small towns with few attractions.  Cuomo also announced that the state will be aggressively working toward promoting these products at the annual New York State Fair, and ensuring that state-produced alcohol is served at New York Racing Association tracks.
Secretary to the Governor Larry Schwartz will be coordinating specialized annual marketing events designed to bring together producers and distributors, akin to Restaurant Week or trade shows.
Share your thoughts on this article by posting your comment below or visiting our Long Island Living discussion forum.