New York State Moves One Step Closer to Legalizing Recreational Marijuana; New Law Could be Passed as Early as 2019 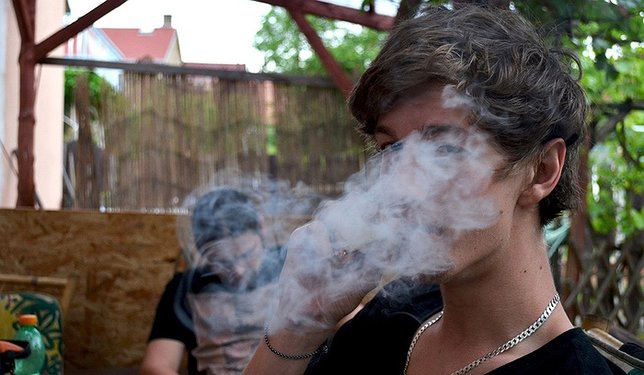 Recreational marijuana use could be legal in NYS in the very near future.

New York, NY – June 20, 2018 – For New York residents, the day where they can stroll down to their local marijuana dispensary and purchase a joint or pot brownie – without any fear of legal reprisals in the form of law enforcement – just got a little closer this week, as Health Commissioner Dr. Howard Zucker announced his recommendation to legalize recreational marijuana in New York State following a study commissioned in January by Governor Andrew M. Cuomo.
While there remains some time before his report is finalized, Dr. Zucker revealed the preliminary results at a press conference held in Brooklyn this week attended by press and representatives of the medical marijuana industry.
“We realized that the pros outweigh the cons,” he said at the conference. “The report recommends a regulated, legal marijuana program be available to adults in the State of New York.”
Governor Cuomo has stated that he will review the report himself, and if he approves of its findings and sets the state on the pathway to pot legalization – and by all reports, he fully intends to – it will represent a major departure from his previously-held statements on marijuana, which he reportedly referred to last year as a “gateway drug.” However, Cuomo has recently backtracked on his opposition to the drug in light of pressure from legalization advocates and the fact that several neighboring states – Vermont and Massachusetts – are themselves in the process of making recreational weed legal.
Other states involved in the process of legalizing recreational pot include California and Colorado.
In addition, Cuomo’s Democratic primary opponent, Sex and the City actress Cynthia Nixon, has expressed her full support for making weed legal, which may be another factor contributing to Cuomo’s change of heart as well. However, the influence of Nixon’s stance is likely minor in relation to other factors, as she currently does not pose much of a threat to his re-election; Nixon previously failed to qualify for the primary ballot due to lack of delegate support, and instead has stated that she will attempt to petition her way onto the Democratic primary ballot.
Dr. Zucker’s report is said to have involved participation from experts in public safety, public health, taxation, and economics, and covers a wide variety of issues that legal pot use would create in New York State, including the allowed age of consumption; oversight of growth, cultivation, distribution, and sales; and how to legally penalize abuses, including acts of driving under the influence of the drug.
Even if Cuomo approves the measure to de-criminalize marijuana in New York State for recreational purposes – and the aforementioned logistical aspects are successfully ironed out, which is yet another hurdle to clear – it will still take some time to pass laws in Albany making it so; the State Legislature would need to approve, and the last day of their current session is today (June 20). They are not set to reconvene until 2019.
In addition, while State Senate Democrats have expressed support for legalizing pot, Republicans – who currently lead the Senate – have so far indicated that they would have trepidations supporting such a measure. However, fall elections are coming up, and Democrats are only one seat shy of a Senate majority; it’s very possible that the face of leadership in the Senate may yet shift in the near future, paving a clear pathway to recreational marijuana legalization in New York State.
However, the effects of change are already being felt- the NYPD recently announced that they would no longer arrest individuals smoking pot in public, instead opting only to issue citations; however, smoking in the vicinity of a school or playground would still warrant arrest, reports say.
In related news, Canada passed a bill Tuesday of this week legalizing recreational marijuana in the country by a vote of 52-29; it becomes the second nation in the world to support legal weed after Uruguay did so in 2013.