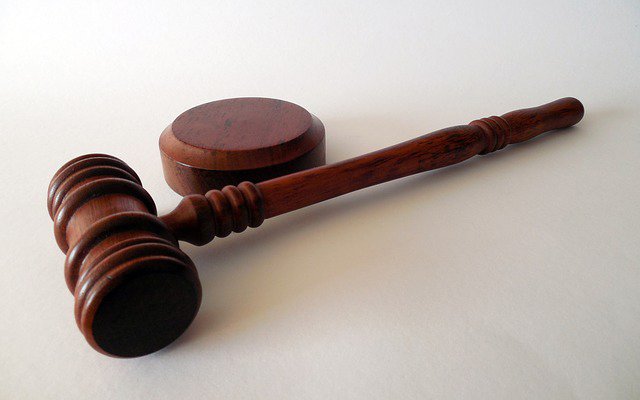 New York, NY - June 19, 2018 - Attorney General Barbara D. Underwood today announced a settlement with Aldo Group Inc., a global shoe and accessories retailer, to “Ban the Box” on initial employment applications in its New York City stores. The settlement will ensure that Aldo complies with the New York City law that prohibits employers from inquiring into criminal history on initial employment applications. Under the agreement, the company will also take steps to comply with New York State laws that prohibit discrimination against job applicants with criminal records.
“Everyone deserves a fair chance when being considered for employment,” said Attorney General Underwood. “Ban the Box helps protect New Yorkers from discrimination and ensure that a job applicant’s qualifications are the focus during the hiring process. My office will continue to enforce the law as we work to ensure all New Yorkers get the fair shot they deserve.”
New York State law requires employers to individually assess an applicant’s criminal record and determine its relevance before rejecting the applicant. Several municipalities across the state, including New York City, have enacted “Ban the Box” legislation which prohibits employers from inquiring into an applicant’s criminal history on initial employment applications. The laws also encourage employers to consider the applicant’s qualifications first and make individualized inquiries into any relevant criminal convictions later in the hiring process. The New York City “Ban the Box” law allows employers to inquire about an applicant’s criminal history after extending a conditional offer of employment.
Aldo has 53 stores across New York State, including 30 stores in New York City. The Attorney General’s investigation found that Aldo distributed employment applications inquiring about the criminal history of prospective applicants in its New York City stores – a violation of the New York City Fair Chance Act. The company did not have consistent policies or procedures specifying whether and how managerial employees should evaluate the criminal records of applicants and employees. With no training provided on how to evaluate criminal records, store-level managerial employees believed they had wide discretion in how they considered the criminal records of applicants and were given little guidance on how to apply that discretion. The investigation also revealed that several managerial employees disseminated information about its hiring policies that indicated any applicant with a felony conviction would be barred from employment.
Aldo has agreed to ensure that employment applications that inquire about applicants’ criminal history will not be made available at their stores. The company also agreed to create new policies and training to ensure that its stores across the state comply with New York State law by individually assessing applicants’ criminal histories; those policies and training must be reported to the Attorney General’s office. Aldo has also agreed to pay New York State $120,000 in penalties and costs.
Aldo’s commitment to “Ban the Box” on initial employment applications and compliance with state anti-discrimination laws builds off of the longstanding initiative in the Attorney General’s Civil Rights Bureau to enforce local, state, and federal laws ensuring that formerly incarcerated individuals receive fair treatment in the employment process. The Civil Rights Bureau has previously entered into agreements with Marshalls, Big Lots, Party City, and Bed Bath & Beyond to ensure that the companies individually consider the criminal records of prospective applicants.
“Everyone deserves a fair chance, and the justice system should not be misused to perpetually punish people for their previous mistakes,” said Councilmember Jumaane Williams. “I became a Council Member to try and break down systemic barriers and enact transformational change. When we passed the Fair Chance Act in New York City, we did so not only to protect applicants from being unfairly rejected, but to provide businesses with a broader range of qualified candidates to select from. I thank the Attorney General’s office for recognizing the importance of this issue and aggressively fighting to ensure that all New Yorkers have an equal opportunity to compete for jobs. I hope that this decisive action serves as a message to any other company that would try to deny that fundamental right to a fair chance.”
"No one should be blacklisted from being considered for a job just because they have an arrest or a conviction in their past," said Manhattan Borough President Gale A. Brewer, who sponsored New York City's Fair Chance Act. “I was proud to sponsor the Fair Chance Act with Councilmember Jumaane Williams, and I’m prouder still to see the Attorney General's office acting to enforce it on behalf of New Yorkers.”
The Civil Rights Bureau of the Attorney General’s Office is committed to promoting access to equal employment opportunities and combatting discrimination for all New Yorkers. To file a civil rights complaint, contact the office at 212-416-8250 or civil.rights@ag.ny.gov or visit ag.ny.gov.
This matter was handled by Assistant Attorneys General Sandra Pullman and Ajay Saini in the Civil Rights Bureau. Bureau Chief Lourdes Rosado leads the Civil Rights Bureau, which is part of the Social Justice Division, led by Executive Deputy Matthew Colangelo.