Nassau County, the LIRR and two towns face a $15M lawsuit for as yet unpaid work performed in the wake of Sandy. 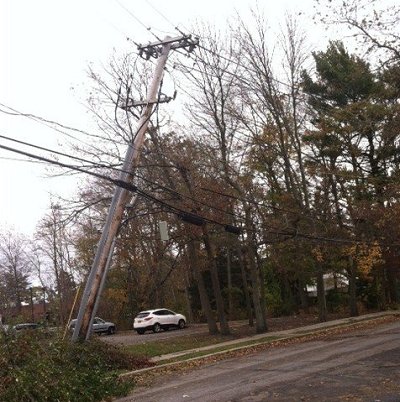 Looks Great Services Inc, a contractor which engaged in substantial cleanup efforts following Superstorm Sandy on Long Island and in New York City, has filed a suit claiming several of its clients still owe in excess of $15 million. Filed on Tuesday, the suit states that the Town of Huntington, Town of Hempstead, Long Island Rail Road, and Nassau County have not made good on agreed-to payments and that the delay in compensation has prevented Looks Great from pursuing other jobs, and now threatens the company’s very existence.

Looks Great Services says it has been prevented from fully repaying its subcontractors and was forced to turn away work in Oklahoma following a recent slew of tornadoes.

The vast majority of the funds in question are owed by Nassau County, which Looks Great is suing for $13.8 million. Nassau is allegedly seeking protection from liability claims such as a truck accident which involved a Looks Great subcontractor.

Following Sandy, Looks Great managed 18 subcontractors as they performed tens of millions of dollars in tree cutting, debris clearing, and other work. To date, the LIRR says it has paid $850,000, Huntington says it paid $7.3 million, and Nassau Count recently made a $12 million payment.

Nassau attorney John Ciampoli said he could foresee no issues with future payments and the Town of Huntington stated further payments were dependent on additional paperwork. Hempstead said it has suspended payments to Looks Great because concerns have arisen that the company did not adhere to prevailing wage laws.

The US Department of Labor began an investigation into the company’s labor practices after Sandy, and local trade unions have complained about the employment of out-of-state workers. Looks Great argues that it was not subject to prevailing wage law and has done nothing wrong; the investigation is still ongoing.