Coast Guard and local agencies suspended their search for a missing paddleboarder in the vicinity between Orient Point, New York, and Milford, Connecticut, Monday. 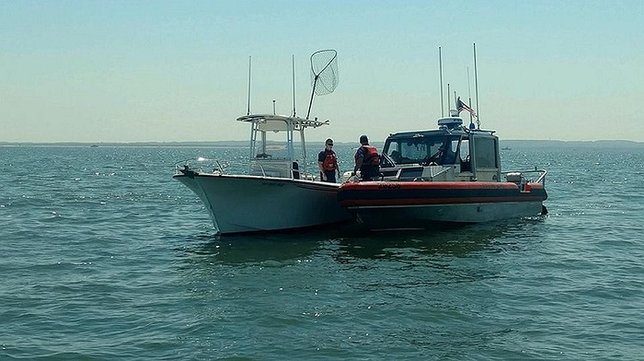 The Coast Guard is reminding all mariners to always wear a personal floatation device, carry a hand held VHF radio, have access to flares, mark gear with reflective tape and notify someone where you are going and when you plan to return.

At approximately 12:00 p.m., the Clinton Fire Department located the body of the paddleboarder five miles south of the Connecticut River.

Watchstanders at Coast Guard Sector Long Island Sound command center received a report from the Southold Police Department at approximately 4:15 a.m., Monday stating a two-person kayak was found washed ashore with a woman and her daughter.

The woman reported she had left from the Connecticut coastline in a kayak with an adult male and her daughter aboard.

She also stated another adult male accompanied them alongside on a paddleboard.

The woman reportedly lost sight of both the men after they entered the water.

The man who was reported to be in the kayak was found deceased approximately one mile from the location of the found kayak.

Both the mother and daughter have been transported to a local hospital by emergency medical services.

“Our Deepest condolences go to the family and friends of the two men who lost their lives,” said Chief Petty Officer Frank St. Pierre, the command duty officer. “This is a great example of how being prepared with the proper safety gear and filing a float can help kayakers in distress on the water. As the weather gets nicer, people need to understand that the water is still cold. Warm air temperatures can create a false sense of security for anyone who decides to go out on the water. Cool water drains body heat up to 25 times faster than cool air, which is why we encourage boaters to always dress for the water temperature and not the air temperature.”

The Coast Guard is reminding all mariners to always wear a personal floatation device, carry a hand held VHF radio, have access to flares, mark gear with reflective tape and notify someone where you are going and when you plan to return. It is also important to stay mindful of prevailing and forecasted winds, tides and currents, and the potential impacts they have on returning safely to shore.