A study ordered by Michael Bloomberg shows we're in for a warmer climate change. 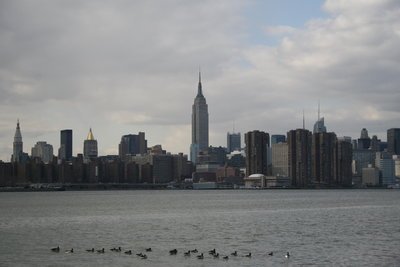 Last winter New York City Mayor Michael Bloomberg ordered a study on future weather patterns in order to be better prepared for a storm like Sandy. The study found that we’re in for drastic changes in our climate. We can expect more heat waves, droughts, and coastal flooding.

“We have to look ahead and anticipate any and all future threats, not only from hurricanes and other coastal storms but also from droughts, heavy downpours and heat waves — many of which are likely to be longer and more intense in the years to come,” an excerpt from the Mayor’s planned Tuesday speech says.

On Monday, FEMA released their latest revisions to Manhattan’s flood zone map originally put together in 1980. There are 218,000 people and 35,000 buildings in the current once-in-a-hundred-years flood map. In the new map those numbers doubled although 5,800 structures have been shifted from a subset called the V zone. The V zone is a map of the area expected to suffer the worst amount of damage to the least.

Bloomberg’s study is set to show the pros and cons of building berms, dunes, levees, massive sea walls, and other coast-protection structures to combat the flooding. A two year review is expected to come out before a new set of maps does. This review will determine new building regulations and insurance.