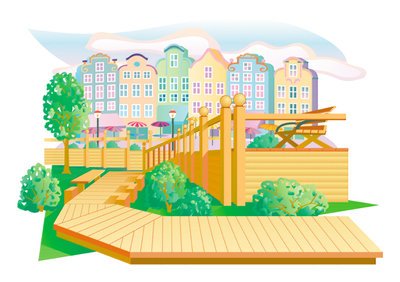 In a 50-50 partnership called RDRXR, the pair will begin with revitalization projects that Monti has been designing and planning in Huntington Station and Hempstead Village. Rechler said his company can help Renaissance bring its plans to fruition.

Renaissance spokesman Brandon Palanker said since Renaissance has three downtown projects planned, each worth between $1 billion and $2 billion, and hopes of building seven more in the future, the new venture could involve as much as $15 billion in potential new construction on Long Island.

According to Newsday, Kevin Law, head of the Long Island Association said RXR is "a really substantial company . . . willing to invest hundreds of millions of dollars into our communities. To have someone like Scott and RXR involved, the likelihood for success increases exponentially."

With over thirty-five years of diverse real estate experience, Monti has a keen awareness of current trends in the real estate industry. He says that we are on the verge of a cultural renaissance, with a return to downtown living in what he labels “Boutique Cities.”

He warns that these trends represent a stark departure from over 60 years of a sprawl mentality, which, experts agree, has had adverse effects on the environment and people's quality of life.

In a recent interview, Monti told CBS news that Long Island has a big problem. “We lead the nation in the export of our youth. We’re the number one area in the flight of young people.”

According to Christopher Leinberger of the Brookings Institution, unless upgrades are made to transit systems and walkable communities are created, that youthful flight will continue.

“And the future, particularly for the Millennials is walkable, urban, hip places. And if you don’t give it to them, they’re going someplace else. In fact, they have gone someplace else. You’ve got to get them back,” he said. “The experienced economy that’s going to be layering on top of the knowledge economy is demanding walkable urban places and there’s nothing here.”

Based on a decade of comprehensive data on key regional, community and economic issues affecting Long Island, the Long Island Index confirms that we must consider reinventing our Island so that near-deserted rail stations become mixed-use centers bustling with activity and attractive multi-unit housing revitalizes the economic, social and cultural climate of our villages.

Monti and Rechler are already working together on a project Monti began in 2003 called Garvies Point to redevelop Glen Cove's waterfront. Last year Rechler became lead developer of the venture and has helped to secure needed approvals.

According to Newsday, the partnership could also serve Monti’s plans to develop the 77-acre site surrounding Nassau Coliseum. While the agreement between Rechler and Monti doesn't include the Nassau Hub itself, Rechler is a partner with Madison Square Garden in its bid to renovate the Coliseum.

Rechler said he expects that the first phase of the $2-billion Hempstead Village revitalization project will be under construction within the next 12 months.

What is your opinion? Include your comments below or on our Long Island Living Discussion Forum.