Boltbus Long Island has decided to break away and rebrand themselves as 7Bus, which will offer travel to New York City from Ronkonkoma, Melville, and Riverhead with a typical fare of $7. 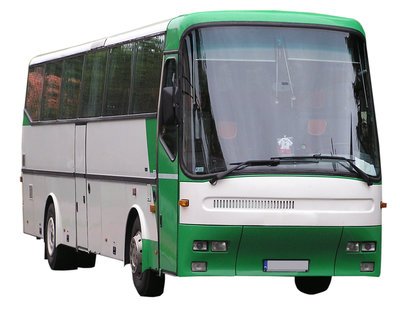 Even though Boltbus only appeared on Long Island six months ago, they will be replaced this month by the bright green 7Bus.

7Bus is an offshoot of the popular Boltbus service that provides daily transportation from New York City to Riverhead.  The current Boltbus schedule offers 14 daily round trips daily, and eight or nine trips on Saturdays and Sundays.

President Boltbus Long Island, Michael Schoolman, said that the Long Island branch of Boltbus, which is operated by Classic Coach, chose to break from Boltbus in order to expand their offerings.

“We had a really good relationship with them,” said Schoolman to Long Island Business News. “We just wanted to offer more than their systems allowed, like commuter passes, intra-island travel and tourism packages. So we came out with our own brand.”

Now, riders of the new 7Bus can travel to any of three New York City stops from Ronkonkoma, Melville, Riverhead, and Southampton. Southampton will also be used as a tourism stop, which riders can hit the beach or visit the wineries.

The buses will continue to offer the same basic amenities that Boltbus provides, including free Wi-Fi, leather seats, and outlets.

7Bus was named for the price of the average ticket that a commuter can purchase - $7 – which is an increase from the previous “Bolt for a Buck” $1 fares on Boltbus, but there will be more of the low-rate seating available than before.

According to the 7Bus site, riders who work in NYC can purchase commuter passes to travel from Ronkonkoma, Melville, and Riverhead.  Ronkonkoma and Melville are both $280 for a commuter pass of 40 tickets, and those traveling from Riverhead can pay $480 for 40 tickets.

Adding stops in Nassau County are next on Schoolman’s list, but no locations have been decided upon yet.

The changeover from Boltbus to 7Bus is expected to be completed at the end of June.