Two days of art and music — that's what the Woodstock Revival promises this weekend. The festival, now in its seventh year, celebrates the 50th anniversary of Woodstock 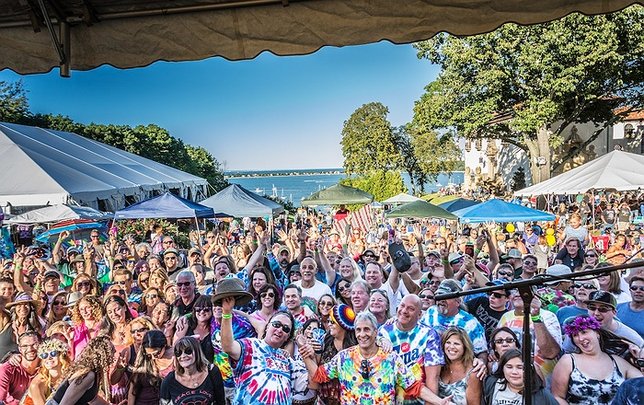 “This festival has a sense of camaraderie in the crowd,” says event promoter Rich Rivkin. “It’s a safe space where everyone can cut loose. Plus, we'll have two-dozen artists doing live paintings inspired by the live music.”

Here are some of the bands featured onstage representing the legendary music of the original Woodstock artists:

Taking on Jimi Hendrix’s catalog can be a daunting task because he’s considered by many to be the greatest electric-guitar player of all time. But, Kearney is up for the challenge.

For nearly 30 years, this nine-piece band has been blending horns with rock and roll and will focus on the music of Blood Sweat & Tears for the festival.

The signature harmonies of Crosby, Stills, Nash & Young will fill the air as Four Way Street delivers a set.

Because so many bands played Woodstock, it’s difficult to pay tribute to them all. However, the Legendary Murphys are going to give the crowd a smorgasbord of songs from Creedence Clearwater Revival, The Band, Jefferson Airplane and more.

Much like the Grateful Dead, the Electrix doesn’t have a prepared set list. With more than 700 songs in its catalog, this Dead tribute band casually goes from one song into the next.